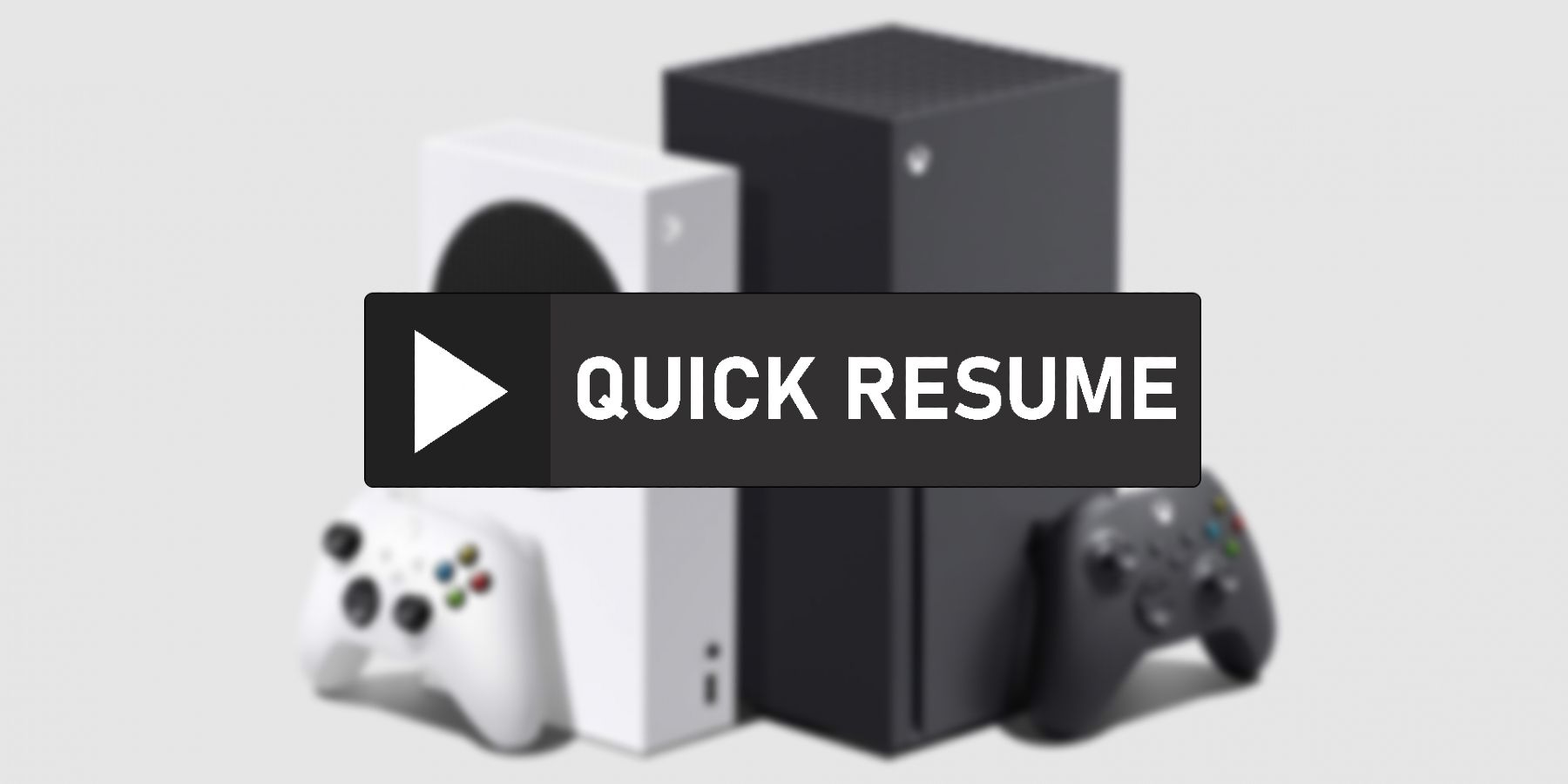 The Xbox Series X and S launched almost a year ago, and their Quick Resume feature is still incredibly impressive, allowing gamers to jump between games.

It’s been almost a year since the new generation of consoles began, and apart from the surprisingly fast load times thanks to SSDs, one feature of both the new Xbox consoles and the PS5, but Xbox has one exclusive feature that continues to impress with its convenience – Quick Resume.

Quick Resume allows Xbox Series X and S gamers to switch between up to three current-gen games seamlessly, with just seconds of preparation. SSDs have eliminated long waits for screens to load at all levels, but Quick Resume works outside of the capabilities of individual games. Using save states, a concept familiar to emulation, Xbox gamers can pause the current game they are playing, switch to another, and resume exactly where they left off later.

Many games will save progress exactly where a player decides to end, but Quick Resume is an important feature of the console that is entirely separate from the save files the game works with. With any compatible game – which is most dedicated X / S series titles – players don’t even have to worry about saving their progress (unless they plan on playing more than two other games before returning). Players can switch to another game at any time during the game, and the new Xbox consoles will remember exactly where they left off, taking just seconds to get players straight back into the action.

Quick Resume on the Xbox Series X / S is a revelation for those who play multiple games at once, and extremely handy for those who primarily buy digitally. The PlayStation 5 relies entirely on its SSD for its impressive load speeds, but the PS5‘s Switch is very different from Quick Resume. In practice, the PS5 can only run one game at a time. Switch between, for example, Spider-Man: Miles Morales and Demon souls doesn’t take very long, but players will have to navigate the main menus and pick up where the last automatic or manual save left them. This is not the case with Quick Resume.

Save states suspend the game exactly where it was left. Players could quit Assassin’s Creed Valhalla in the middle of the descent of a river, and open Gears 5 to an ongoing firefight that they didn’t have time to complete earlier – and come back in the same amount of time. Outside of PC emulation, the Switch is the only platform that uses save states for its retro NSO games. The Xbox Quick Resume is the pinnacle of accessible convenience today. Combine Quick Recovery with Xboxin cloud gaming, and the platform seems to have no rivals, at least when it comes to bouncing back into a busy game library.

Next: The Xbox Series X Quick Summary Still Works Even If The Console Is Unplugged


A passion for video games was instilled at a young age when Kyle Gratton and his older brother received a Nintendo 64 with Ocarina of Time and Mario Kart. A graduate of the University of Kansas with a major in English and History, with a minor in Film, Kyle enjoys discussing literature, film, television and especially video games. He currently writes articles and reviews for the games section of Screen Rant and occasionally dashes into short fiction.