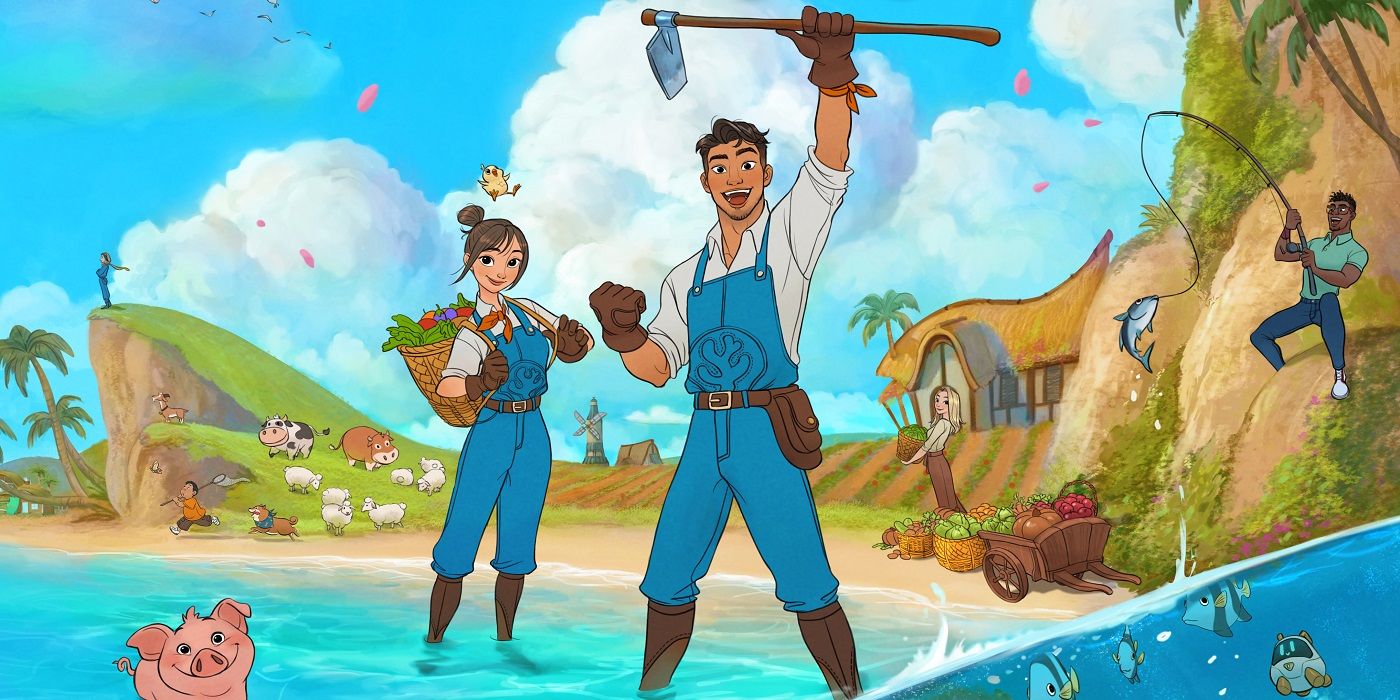 When can you play the new game

Coral Island, a new farming simulation and dating adventure game, will be released for PC on Steam, offering players a variety of popular mechanics.

The next farming simulation game Coral Island announced new development plans, including a tentative Steam release window and new Alpha gameplay updates. Coral Island is an indie simulation game that celebrates unique island culture, exploration, and community as players build a farm and get to know local townspeople. Similar to Stardew Valley and Rune Factory 5, Coral Island will offer light combat alongside farming, while allowing players to build relationships, get married, and start a family.

Coral Islandwhich is in development by independent company Stairway Games, has been ongoing since 2019. The content includes a wide range of romantic and non-romantic characters, bright and colorful designs and 2D character portraits that stand out among the many pixelated farming simulations games, like Little wood and Stardew Valley. Players will be able to fully customize their character, and the game will include romance and LGBTQA+ avatar options, providing a gaming experience that will be inclusive and welcoming for any player.

According to a dev diary shared by StairwayGames, Coral Island is estimated for PC release via Steam sometime in 2022. Alpha v0.08 will launch on May 9 at 11:59 PM PDT, giving those with access to Alpha the chance to try new features. Coral Island, which was originally backed on Kickstarter in 2021, has currently raised over $1.6 million to go toward development. According to Coral Island Kickstarter roadmap, this has far exceeded the original goal of 70,000 and will allow Stairway Games to add large amounts of additional content to the game. This includes potential home consoles and Nintendo Switch ports for Coral Islandalthough a timeline for these releases was not mentioned by the developer.

Coral Island will be released on Steam in 2022

While the tropical paradises of Coral Island and Animal Crossing: New Horizons are similar, the responsibilities that players will have when the game’s releases are more important than building a prosperous city. Instead, players will have to dive under the ocean with a “vaquaticto clean up rubbish that destroys reefs. This will give players a chance to learn about the importance of ocean ecosystems while keeping their farms. The unique twist includes the chance to meet and befriend the Merfolk who call the waters around the island home.The fun fantasy elements are likely to appeal to fans of rune factory games, as well as those who enjoyed the magic in Stardew Valley.

Although there is currently no confirmed release date for the full version of Coral Island, an early access option may be available soon. Development updates have shown that several different Alpha versions have already been released, and it is known that Coral IslandThe Early Access version of remains a part of the outline of the game’s Kickstarter roadmap. Because of this, there is a chance that players can start exploring Coral Island in the near future, opening up new opportunities for fans of the farming simulation genre.

Laura Gray is a writer, illustrator, and gamer in cozy Boise Idaho. They had freelance careers as nerds, spending time traveling as a professional cosplayer and becoming a published illustrator while working nights as a computer technician. Laura is currently a content writer for the D&D and Screenrant campaigns while working on personal writing projects for publication. They are also busy welcoming their first child into their lives which has been the best adventure life has ever given.