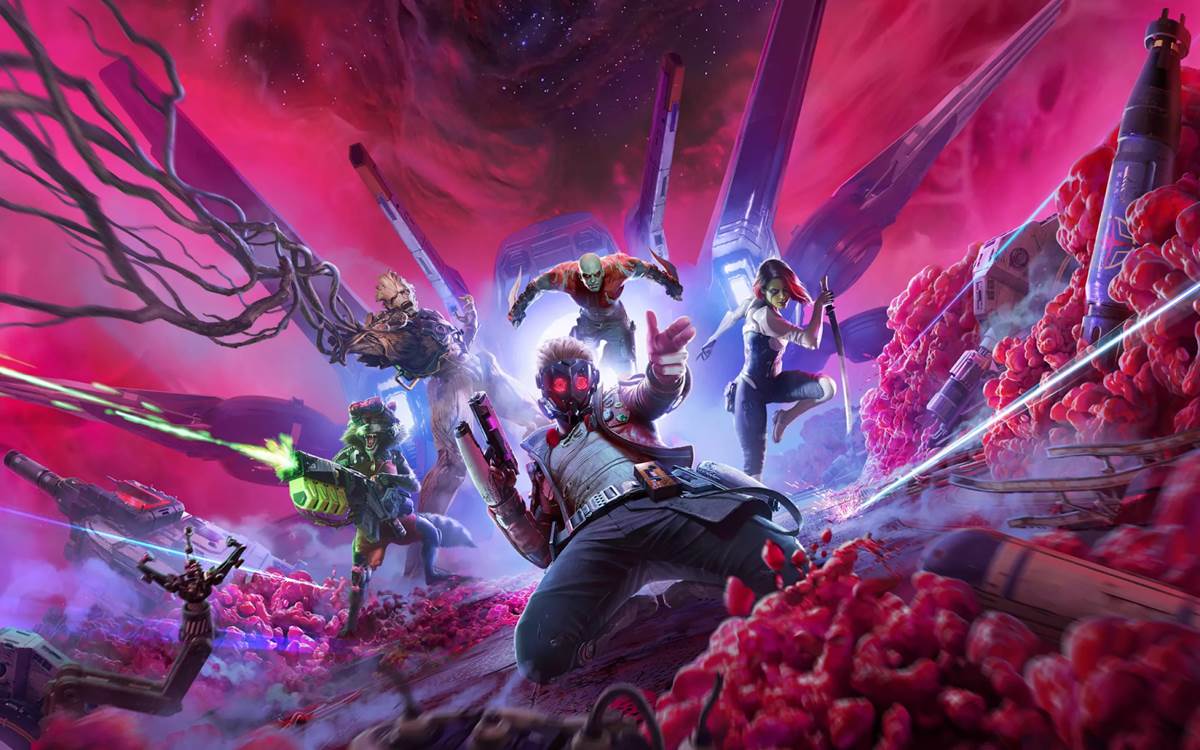 by marvel guardians of the galaxy game released last week and that’s all you want in one GOTG Game. The second original Marvel game under Eidos Montreal, guardians of the galaxy is an original take on fan favorite heroes, with the emphasis on the original. Just like the 2020s Marvel Avengers game with their new version of these characters, GOTG took the same path to look at these characters in a different way. It looks like we are witnessing the beginnings of a (dare I say it?) MGU (Marvel Gaming Universe).

The in-game menu immediately begins playing Soft Cell’s “Tainted Love” in the background. Stick around long enough and he goes through a playlist of hit ’80s songs, giving a hint of what’s to come. The game opens with a prelude featuring a young Peter Quill in his bedroom on his birthday listening to 80s rock. After a short segment where you walk around his room, it quickly turns to Peter on the Milano . The story takes place at a time when the Guardians are still trying to learn how to be a team – and although they are different characters from their film counterparts, they have similar characteristics. Peter has a great love for music, Gamora is still Thanos’ adopted daughter, Drax always takes things literal, Rocket is still a loud-mouthed raccoon, and Groot is still Groot. That being said, it’s interesting to know the origins of these characters because, while they are so familiar, they are increasingly different from what we already know. The first mission begins with the team searching for a “monster” for a character named Lady Hellbender, whom you will meet later in the game. You enter the restricted area of ​​the Nova Corps where there is a pink paste holding together a multitude of destroyed ships. You encounter several types of enemies in this mission but it’s a perfect starting point to get used to things to come further. This area of ​​the game is huge! There are hidden paths all over the place with credits that you can grab for upgrades later. The game is really begging you to explore each level and you’ll definitely want to make sure you do!

The gameplay here is interesting. You only control that Peter and the other Guardians act as a kind of power up. It was a strange decision because you would think that with a GOTG game, it would be an opportunity to play with each character. I would have loved to be able to switch between characters in the middle of a battle or team up with other players online, which would have been easy if the decision had been made. The movement can feel a little awkward at times and I would feel like Peter could move a little faster. Sometimes Peter feels slow and for a game with a lot of action I would have liked smoother movement. That being said, controlling Peter is easy and very common, run, jump, shoot, you even get a bit of a double jump with his rocket thrusters. As you play the intro mission, you unlock the other Guardians, which you control by pressing the button that corresponds to that character. Each character’s attack is different and provides the help you need when you need it – and you will need it. Rocket’s attack is long-range, Groot is more defensive by keeping enemies down, Gamora’s attack hits a death blow, and Drax is a kind of berserker. Peter also unlocks many upgrades for his equipment and abilities.

A great moment in the game is when you get these options to “Come Together” at a time when the team is down and needs to “rethink” their strategy. The characters look to you to see what decision you make and if you make the right one, Peter plays his music and everyone gets a power up! These moments feel straight out of the movie to me and make battles extremely fun. You can even unlock different looks for all the characters, including their MCU outfits. Overall, the average gamer will be able to figure this out without confusion.

At the end of the day, I have a blast playing this game. It’s great to learn these “new” character stories. It’s also just a fun single player campaign to play. I’m sure there will be DLC over the months, as Square has done pretty well doing DLC ​​since then. Avengers. Like I said, I wish this game had multiplayer capabilities. It’s weird to me that they chose to do a solo game, but it was their choice. I love the 80s nostalgia in the game, there is even an original Chewbacca figure appearing at one point. Seeing the different worlds, characters and enemies is quite fun and exciting, you never know who is going to appear. Finally, we come to the soundtrack! The music in this game is awesome, from Autographs “Turn Up the Radio” to “Don’t Worry Be Happy” by Bobby McFerrin.

Overall I would give this game a 7.5 / 10 rating. There is a lot of exploration in this game and it will be very easy to come back to it for another part. Hoping that some DLC in the future will add more to the story, but with around 16/17 hours of battery life, you certainly won’t get bored.

Marvel’s Guardians of the Galaxy hits stores on October 26 and is available on multiple consoles and PCs.