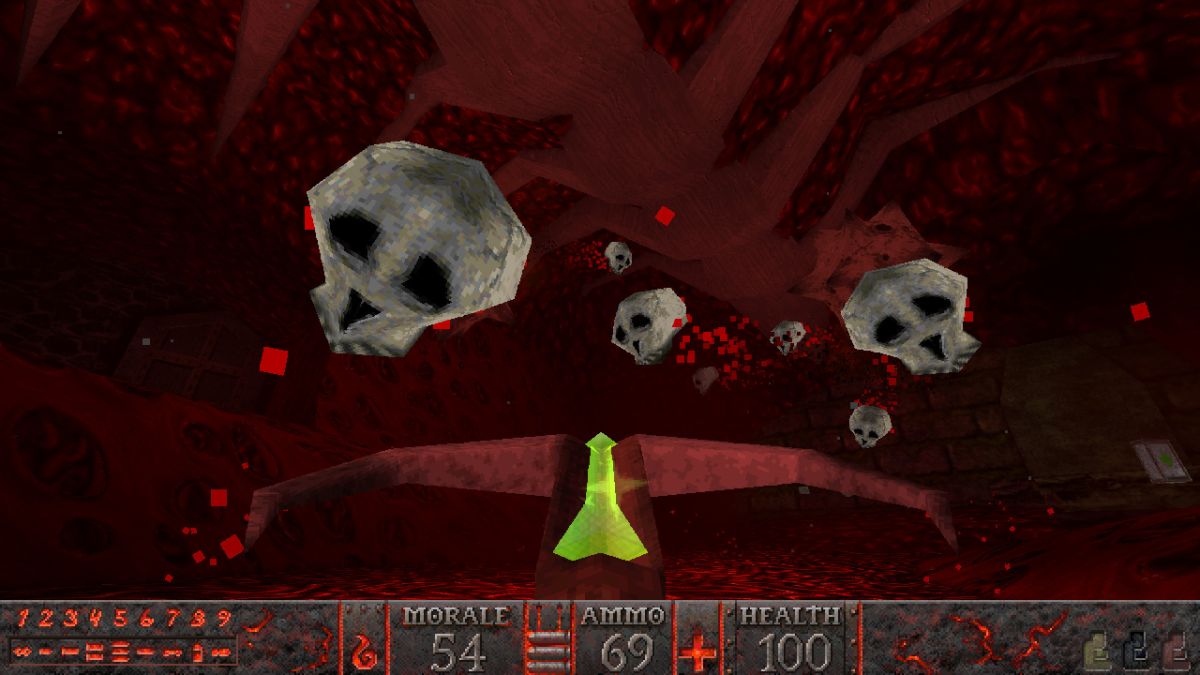 The intense Gen X FPS known as Dusk recently arrived on Nintendo Switch, which wouldn’t be news to us except that Dusk developer David Szymanski did so using this as an opportunity to update your game. Various console specific features have moved to the PC version as part of the new and old update.

There’s a weapon wheel, which you can spawn by holding down Q or the right bumper on a controller. Controller bindings are apparently better now, and there’s support for DualShock 4. The world map should be easier to read, and there’s a classic HUD with an ID vibe from the 90s, which changes to look more satanic with each episode. A few accessibility features have also been added, allowing automatic jump and climb.

More Dusk-y updates are yet to come, as the accompanying blog post notes: “Now that this is FINALLY settled … We can get back to work on the remaining SDK features and Steam Workshop support. And boy oh boy is this workshop going to come pre-loaded with GOODIES. ” Dusk is already moddable, and you can even run your old Half-Life and Quake maps on it, but a full Steam Workshop would be a handy addition.

Dusk has also just been added to a Steam pack called New Blood FPS Trilogy, which combines it with Amid Evil and Ultrakill for a frankly unhealthy amount of retro shooter action.