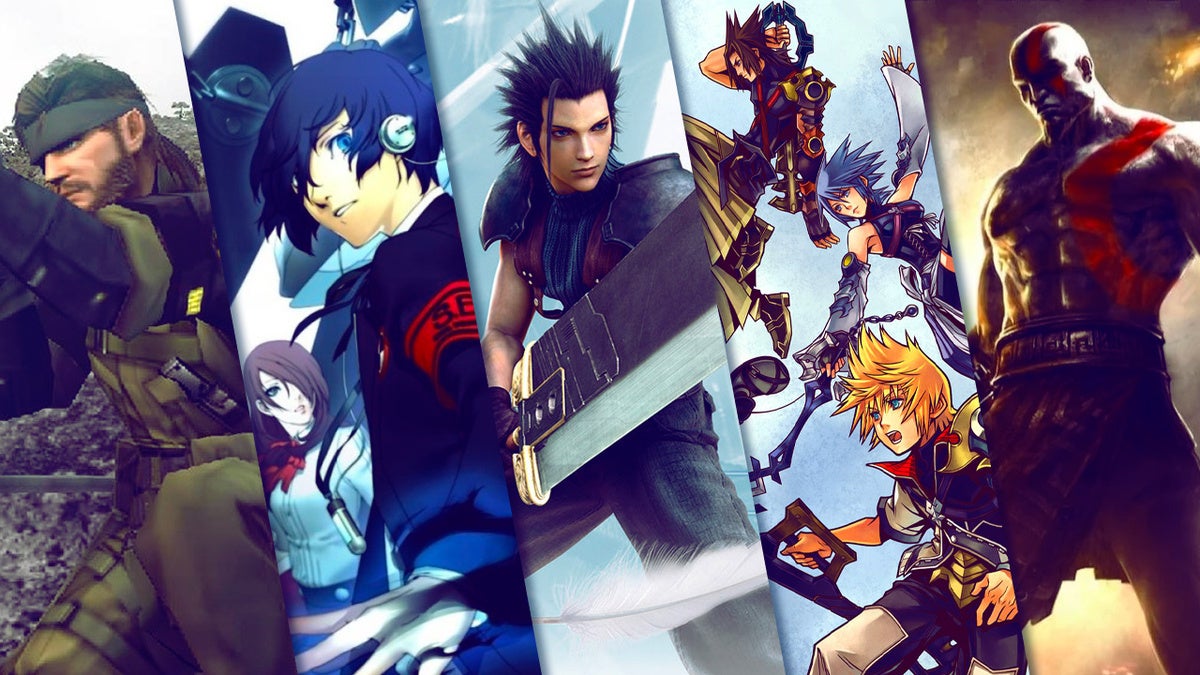 The PSP represented PlayStation’s first major foray into the world of handheld computers. As the most powerful handheld at the time, it introduced a number of memorable games based on existing PlayStation franchises, impressive third-party support, and a format that stood the test of time and has been the hallmark of technology ever since, the UMD.

OK, no, UMDs might not yet be, or never were, quite the industry standard, but the PSP still delivered a number of amazing games throughout its life. Thinking back to this little console, we decided to put together a list of the ten best PSP games of all time, prioritizing games that leveraged hardware and represented the ingenuity of developers to bring amazing franchises to life. portable. So, without further ado, here are our top 10 PSP games of all time.

A spinoff of Naughty Dog’s Jak and Daxter series, Daxter focuses on the titular ottsel and his businesses shortly before the events of Jak II. True to the formula of Jak and Daxter before it, Daxter is a platformer that recaptures the charm and smarts of the first game. While Daxter is smaller than Jak, Ready at Dawn cleverly makes Daxter a worthy protagonist of the platform, which is not only smaller but a bit more nimble than its best friend.

And while the two characters are great contrasts in height, the gameplay and level design fit perfectly with Daxter’s strengths and weaknesses. And don’t even get us started on “Dream Sequences,” a series of mini-games that see Daxter dreaming of himself as a hero in well-known films such as Braveheart and The Matrix. A delicious and worthy spin-off of the main franchise.

Step back to 2005 and Rockstar had recently dropped three groundbreaking GTA games. At the time, the idea of ​​playing a fully realized open-world GTA on a handheld device was a pipe dream…until Grand Theft Auto: Liberty City Stories.

It took us back to the moment and the feeling that made GTA such an iconic franchise in the PS2 era, with an all new story and missions, in a prequel to GTA 3. And it was a pretty good game for which it was ported to PS2 later and kept as its own console-quality GTA version.

8. God of War: Ghost of Sparta

Ready At Dawn has been one of the most consistent developers in the PSP’s lifetime. And the studio’s 2010 action game, God of War: Ghost of Sparta, is another must-buy game if you own a PSP. Ghost of Sparta didn’t drastically alter the gameplay formula of other PSP-exclusive Chains of Olympus God of War, but it didn’t have to, refining and improving what came before.

And, Ghost of Sparta’s Legacy is ultimately the best game because of the pace and cinematic storytelling that skillfully captures the feeling of playing a God of War game in the palm of your hand.

It took us about 14 years before Kingdom Hearts fans got a proper numbered sequel to Kingdom Hearts 2. Despite this colossal gap, a slew of new Kingdom Hearts games debuted, including the only one to grace the PSP, Birth by Sleep. But even though it’s the franchise’s only inclusion on the handheld, it’s one of the best entries in the Kingdom Hearts series, as well as on the PSP itself.

Square Enix has cleverly adapted the series’ core game controls and mechanics (with a few new additions) to take advantage of Sony’s handheld device. The soundtrack is also among the best in the Kingdom Hearts series, with writing and story to match, adding a surprising amount of depth and lore. Number or not, Birth by Sleep is an essential Kingdom Hearts and PSP experience.

Despite being part of the mostly misguided “Compilation of Final Fantasy VII” umbrella that sprang from the runaway success of the original FF7, Crisis Core stands head and shoulders above the rest of those projects. It doesn’t just re-contextualize some of history’s most beloved JRPG characters, but also delivers a great action RPG in its own right.

It can sometimes dig too deep into the genre’s usual excesses (see characters quoting poetry mid-battle), but Crisis Core: Final Fantasy VII is an example of a prequel well done, especially now that more of its impact will be seen in future Final Fantasy VII Remake titles.

Lumines was arguably the greatest puzzle game since Tetris. Director Tetsuya Mizuguchi deftly blended a bit of Tetris-y block-matching with the beat of Lumines’ incredible custom soundtrack. The result was a very unique experience that could oscillate between being completely mellow and zen to the puzzle game equivalent of Guitar Hero (which wouldn’t be released for another year).

But it wasn’t just “Tetris with cool music” – it also brought great themed visuals and backgrounds into the mix, matching the music to create a truly trippy experience. That Lumines is still thriving today, many years and many platforms later, is no surprise. But it debuted on the PSP, and it was one of the best games on the system.

On a platform loaded with excellent RPGs, Persona 3 Portable is arguably the best. An updated version of the PS2 game that first popularized the series in the West, it features a group of Japanese high school students who attend class by day and investigate the mysterious “Dark Hour” by night. During this 100-hour adventure, you make friends, join social clubs, and try to discover what lurks atop Tartarus while rocking out to one of the series’ best soundtracks.

With numerous quality of life improvements and an all-new storyline featuring a female protagonist – a first for the series – it’s an amazing experience. Unfortunately, Persona 3 is hard to find these days, but if you can get a copy on PSP or Vita, it’s worth it.

When veteran hunters regale you with tales of claw nightmares of yore, this is probably the game they think of. As the “definitive edition” of Monster Hunter 2, Unite gave players a chance to experience exciting new hunts against now-iconic monsters like Nargacuga and Ukanlos.

Various quality of life improvements such as the introduction of the Felyne Comrade system – which has since evolved with each new entry – have made Unite a pleasure to play with friends over the PSP’s Ad-Hoc wireless connection. If PSP nostalgia could have a face, the countless hours spent playing Monster Hunter Freedom Unite would be a pretty serious contender.

Some might argue that Tactics Ogre: Let Us Cling Together deserves this spot on the list, but the original Final Fantasy Tactics is still one of the best grid-based RPGs of all time. Sporting a harrowing story, fast-paced menu-based combat, and endless replayability, War of the Lions isn’t just a port of the original game. The update for PSP includes a new translation, voice cutscenes, new jobs, new characters (including Balthier from Final Fantasy XII) and the entire fantasy story in a portable format.

A game that can be endlessly manipulated, Final Fantasy Tactics is the perfect solution for handheld gaming, as you can pause longer battles or spend hours grinding a single card to maximize job classes. An RPG that can be unbalanced in the best way, Final Fantasy Tactics: War of the Lions remains the benchmark for tactical RPGs, and stands out even among its numbered-entry peers.

Metal Gear Solid: Peace Walker was a standalone and powerful Metal Gear experience, despite living on such a small and unassuming system. Following the events of Snake Eater, Peace Walker prioritized pick-up and drop gameplay, with two game modes: Mission and Mother Base.

The former was the main campaign/story and was told in digestible, bite-sized mission chunks, while the latter expanded on the army management gameplay that was teased in Portable Ops, and would be later expanded into The Phantom Pain. In this regard, Peace Walker has bridged the gap between the original and all future installments of Metal Gear Solid.

Once you played all that single-player content, there was a multiplayer mode that let you play co-op with friends or in deathmatch, and there was a slew of additional content you could download with the network. of the PSP via the Extras menu.

Sure, this downloadable stuff was more cosmetic, like different clothes for the characters to wear or extra music for the Walkman (hey, does anyone remember that?), but you could easily get lost. in what seemed like an endless amount of goodness packed into such a small package. Peace Walker was, and remains, one of the greatest Metal Gears of all time.