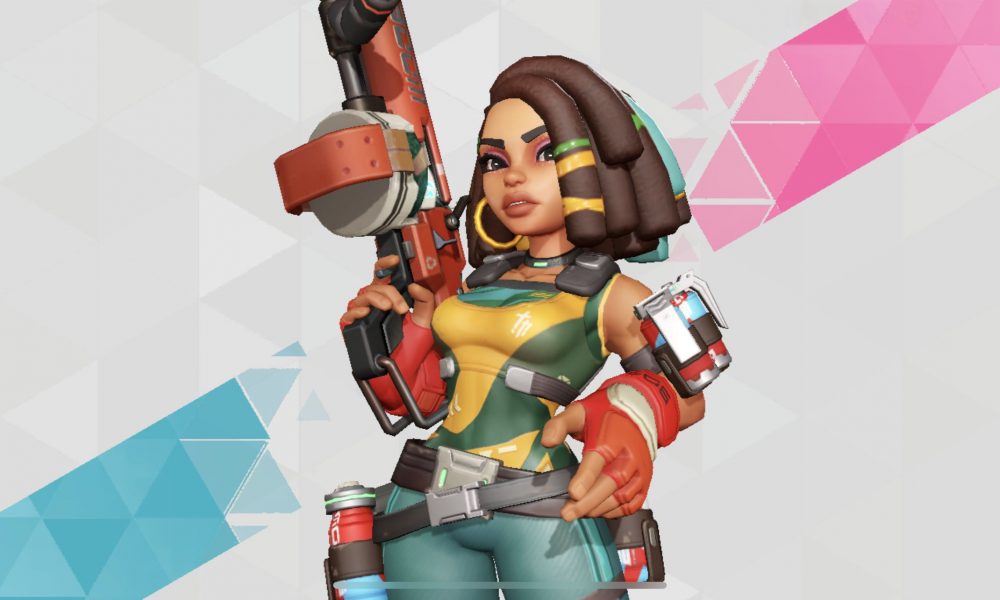 If you’re short on time but still want to play a more competitive game, you won’t have to go far. T3 Arena is a new 3v3 arena shooter that is perfect for fast-paced gameplay on the go. The game launched for iOS via the App Store on May 26 and is also available for Android via TapTap. There are many different features and modes and there are even competitive seasons for those who want to climb the ranks. If you are not yet familiar with T3 Arena, let me detail it for you.

T3 Arena is a free-to-play arena shooter that pits teams of three against each other in a variety of modes in matches that only last a few minutes. The game features the increasingly popular “hero” system where there is a diverse and exciting cast of characters to choose from depending on how you want to play the game, such as Gloria who has a short shotgun scope, a long-range assault rifle, and the Quicksand Bomb to slow enemies before it explodes, dealing high damage to anyone within range. Characters are unlocked by completing challenges and leveling up the Battle Pass, but unlike Overwatch, these characters can also be leveled up themselves, increasing their health and other stats to make them more effective in the Arena. One of my favorite heroes is Iris, a kind of Mercy/Lifeline support hybrid who can deal pretty average damage while keeping her team in the fight.

There really is an Overwatch vibe to T3 Arena. Gameplay feels frenetic at times, and the tide of battle can turn quickly with a well-placed ultimate attack. You’ll battle other players in a variety of modes like Team Deathmatch, Payload Escort, and Crystal Assault, or you can even take on the entire lobby in Free-for-All. For the most part, the modes will feel very familiar if you play other competitive arena shooters, with the possible exception of Crystal Assault. In this mode, each team has a crystal that they must defend while trying to destroy the other team’s crystal. I had many battles in this mode being super tight with no definite winner until the very end. Not all modes are immediately available. Again, you’ll need to unlock them by leveling up while playing through previous modes, starting with Team Deathmatch.

T3 Arena Season 1 ended about two weeks ago and now we are diving headlong into Season 2, Lights On. Season 1 was a brilliant introduction to the game, not lacking in content with 20 different heroes to choose from, 15 maps, and 7 game modes, including those mentioned above. Season 2 introduces another new hero named Yaa, an agility expert who uses the Gale gun to literally blast his competitors with wind-based ammo. Four new maps have also been introduced, including a new Temple Ruins map for Crystal Assault and Chinatown for Payload Race, designed to give players the option to take a more tactical approach. Some adjustments have also been made to some mechanics and game modes to make the game more interesting.

T3 Arena really hits that sweet spot for mobile shooters. Compared to other mobile shooters like PUBG Mobile, Apex Legends Mobile (which I reviewed, read it here) and Call of Duty Mobile, the touch controls are simple. The controls can be tailored to your personal preferences, but the defaults are so easy to use that I found no need to change any settings. One thing you will notice right away is that there is no “button” to fire your weapon. Instead, your gun will automatically start firing when there’s an enemy in front of you. Of course, there’s a limit to this, because if you’re using a shorter range weapon like a shotgun, it won’t start firing until the target is within the weapon’s effective range. You’ll use the left side of your screen to move your character like all other mobile shooters and use the right side to aim, and all of your “skills” buttons are also on the right side. A long press on a throwable, like a grenade, allows you to move your finger around to aim before releasing it so you don’t accidentally waste it. You are in control.

What interests me the most with T3 Arena is eSports. This game has huge potential in this area in my opinion. TapTap hosted the TapTap All-Stars Tournament a while ago which had over 100,000 combined views, but I’d be very interested in seeing bigger events around that title. If a mobile game were to be able to have what I think is a truly sustainable mobile esports scene, it would be T3 Arena. There is already a large community around this game, including an active Discord server with thousands of members and over a million combined views in the content creator community.

I have a few minor gripes about the game. Hope the devs see how characters respawn in Team Deathmatch mode. Currently, players respawn at their original starting location, making it very easy for a team to camp out for the rest of the game if they are overwhelmed by the enemy team. I feel like characters should respawn at random points on the map to prevent this from happening again in the future. In objective-based modes like Crystal Assault and Payload Escort, having a set spawn location makes sense, but Team Deathmatch is meant to be smoother. I’d also like to be able to switch characters mid-game if the one I originally chose just isn’t right for me.

There are also quite a few microtransactions, including things like tiered loot boxes called Rumble Boxes, battle passes, virtual currency called T-Gems, and skins, but luckily they don’t. have not exceeded the limits and none of this is paying. to win. There is an in-game currency called T-Coins which can be used to buy Power Cores to level up your heroes faster, but you earn this currency as you play and you will also get it from the loot boxes you receive along the way. Other than buying loot boxes where you can receive them, you don’t buy your way to the top with T-Coins.

Known online as MzPanik, Cassie Peterson is a part-time content writer and creator primarily in the FPS and action/adventure genres. She didn’t really start playing video games until after graduating from high school in 2010, but quickly fell in love, and the rest is history! In her spare time, Cassie also enjoys reading and spending time with her kitties, Zoey and Molly. Recently, she also dabbled in web development.

See below for our list of partners and affiliates: