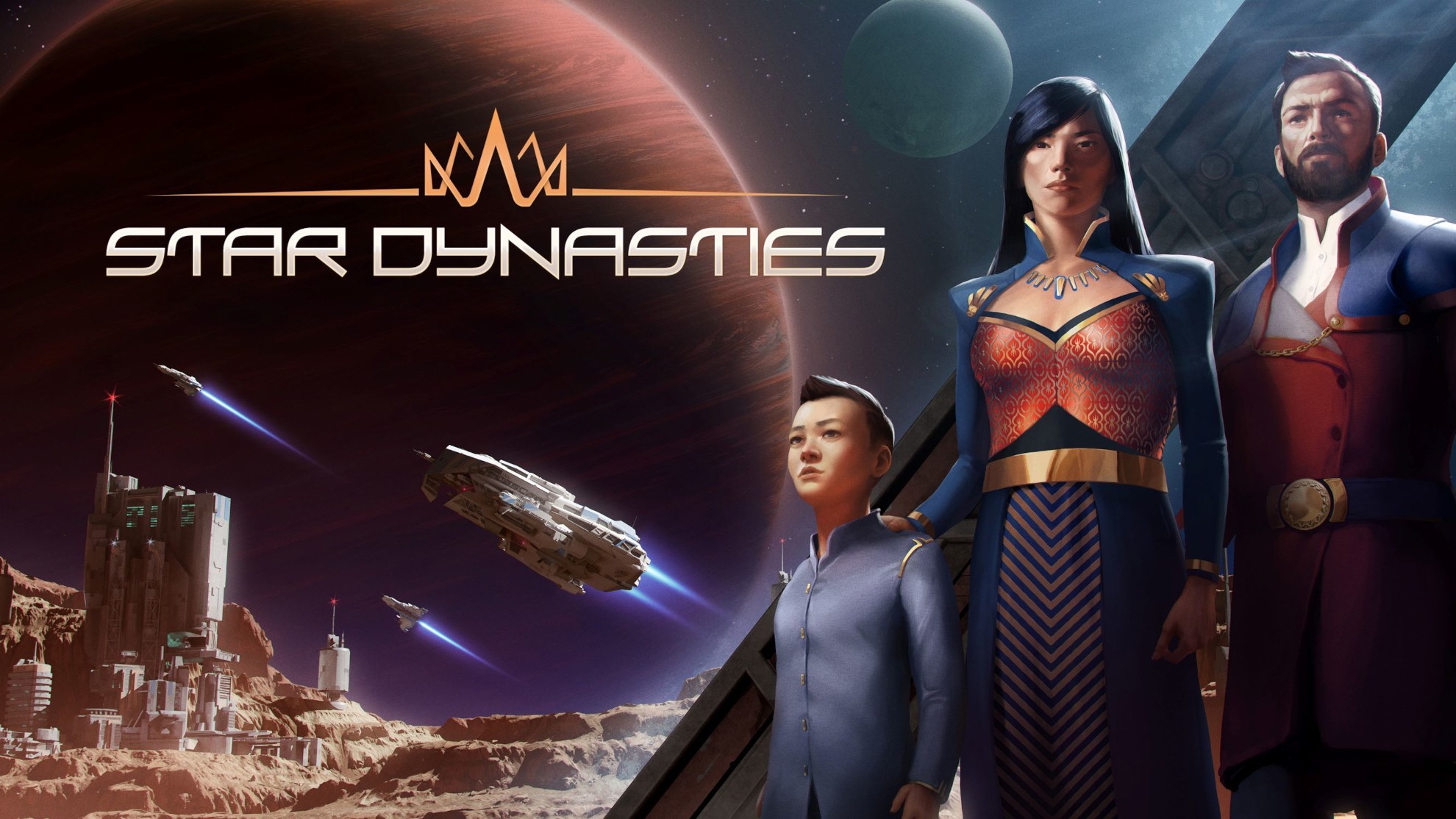 Imogene Pugh runs seven-star systems, one personally, the others via trusted vassals who love him. She may also conquer two more, but is not yet willing to accept the reputation decline before some claims are fabricated. She also has a sister, married to a distant duke, who regularly tries to drag her into wars without merit. But the biggest problem in Imogen’s life is that his family is getting too big, a major misstep in a universe of limited resources. She therefore has to face an unhappy son, whom she needs to lead her fleet. A fleet that will be a major part of a rebellion that should make her a powerful Archon.

Star Dynasties was developed by Pawley Games and published by Iceberg Interactive on PC. The game is a strategy title with a sci-fi theme that is more focused on the characters and their actions than massive battles or careful management of the industry.

The premise on which the game world is based is elegant: Earth has started to colonize space, but the original planet has been lost. Now the colonies, regressing to a feudal system, are fighting for power and prestige, unable to use, repair or fully develop the technology of their former home. Intrigue and diplomacy are important. War has the potential to shatter colonies and render planets lifeless, a huge loss considering humanity’s precariousness among the stars. It’s a great setup. The game has a lot of interactions and events, with good if not spectacular writing.

Star Dynasties is a clever interpretation of classic space strategy. The game features planet management, space battles, diplomacy, and technological advancements. But the game focuses on the house characters that the player creates. Developing a planet means choosing who is the best at managing and assigning that person to work on something. Diplomacy involves characters talking to each other, attending parties, or engaging in seduction. Everything is filtered through the characters, which limits the number of things that can be done. Players must prioritize and accept that their resources are limited. They must also deal with the powerful leaders around them and see how their own agenda will affect the plans.

Players inhabit the personalized character of the head of a feudal family spread among the stars. On each turn, Action Points are used to inspire family members to take action, bolstering the defense of a plan, getting additional taxes from subjects, assassinating a rival, or leading a fleet to war. . Players should pay attention to their family’s reputation as a strong honor system governs the relationship between leaders. Break too many rules and you will have far fewer people ready to come and help in a war. But heads of household also have a level of happiness and sometimes a rule has to be broken to make sure they don’t get depressed.

The combat in Star Dynasties is very abstract. Maintaining surprise is important, planning attacks is almost a requirement, making sure allies like you are crucial. Once an assault has been launched, both the defender and the attacker can call on other leaders to help them. Innate military might is often less important than keeping allies close and motivated.

The game also features narrative events and lots of interactions between the characters. It’s never too much to follow. Nonetheless, there were things I tended to ignore when my own garrison wasn’t directly involved, just because I didn’t know these characters or care about their history.

It takes time to get all the nuances of Star Dynasties. All the information a player needs is in the game, but there is a lot of reading to be done to ensure that you are fully informed of the cost of breaking an oath versus the benefit of keeping an oath. happy family member.

Star Dynasties doesn’t shine like a massive star with habitable planets when it comes to its graphics. It looks solid for a strategy title but has few frills. The developers managed to create a good user interface, with lots of information available of all types and a system with more details on the hover. The soundtrack contributes, unfortunately, little to the general atmosphere. I suggest your favorite space rock band or the soundtrack of the various Dune adaptations as a better option. 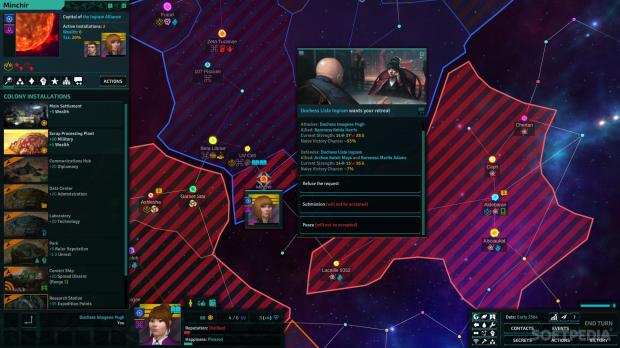 Star Dynasties is a good mix of ideas, decor and complexity. The character-driven experience offers unexpected thrills, bizarre situations, great stories, and awesome catastrophes. Players need to invest a bit of their imagination to get the most out of the game, but the overall experience is worth it.

The expectation of a traditional 4X structure is probably the biggest hurdle most players will encounter on their way to fun. Pawley Games has a good tutorial and extensive documentation to make the transition easier and some failures are to be expected in the early games. But Star Dynasties is the only game that currently combines Crusader Kings and Dune in an interesting way and I plan to spend a lot of time there, finding new ways to rule over the beleaguered colonies of humanity.

Revision code provided by the publisher.