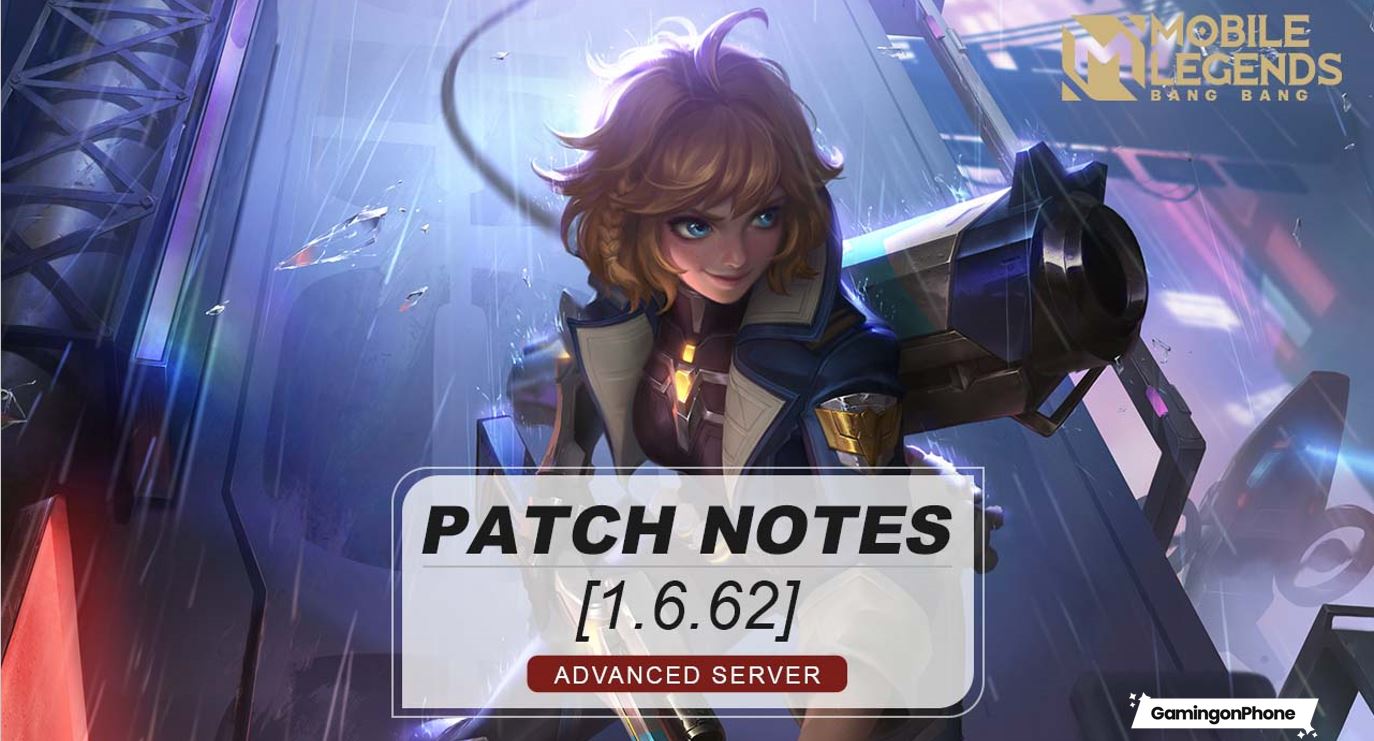 Mobile Legends Patch 1.6.62 Update is live on the Advanced Server of Mobile legends: Bang Bang. This patch update introduces a revamped form of Akaiwhich has been revised since latest patch update. This comes with several balance changes such as hero tweaks, battlefield tweaks, and new system features.

Akai’s Ultimate has been optimized to make it more interesting, while giving their enemies more room to react.

Enemies will be knocked back by their skill, which will now knock back other enemies that come into contact, in the process. Knockback duration and distance decreased.

wanwan has been a favorite of many players due to its fun skill mechanics. But, the difficulty of casting her Ultimate, Crossbow of Tang maybe a bit too high all this time.

In this patch, the developers are reducing the casting difficulty in hopes of allowing more players to better experience its charm. Some value adjustments will also be applied to keep it around the balance line.

Belerick improved with a major buff to his ultimate, while slightly limiting his gains from some of the new defensive gear.

The skill now taunts enemies hit instead of immobilizing them.

Recommended versions have been optimized.

Masha has been overperforming after the previous tweaks, so we’re slightly increasing the cost of her skills.

These changes were applied in the previous version.

New effect: Hitting the target with this skill now restores HP based on Guinevere’s lost HP.

The developers slightly boosted Xavier’s strength in the early to mid-game.

The developers of MOON Games have polished again hilda‘s damage abilities, especially those of his Ultimate.

Fixed an issue where splash damage was different than shown. Recommended versions have been optimized.

The developers have further tightened Grock’s control and durability.

Recommended versions have been optimized.

Players move some of Martis’s power so he can have smoother scaling throughout the game.

Zhask has been a little too oppressive after previous buffs.

Magic Lifesteal has been reduced slightly.

The developers further boosted the strength of Hylos at the start of the game, due to adjustments to defensive gear. Hylos will be stronger than before once he gets his hands on a few pieces of gear.

The developers wanted to make the usefulness of Atlas‘s more distinctive passive.

The developers are reducing reflection damage while fixing an issue introduced in the previous patch.

Damage has been reduced slightly.

Lane clearance has been improved.

The developers want Guardian Helmet to become a decent option even in the early game.

Players want to prevent Roamers from falling too far behind in levels early on.

New effect: The extra EXP granted by traveling shoes is now doubled in the first 2 minutes.

the creative camp has been well received since its release. The developers are delighted to see that many of you want to design your own games. Starting with this patch, they will be working to release more customizable content for players to add to Custom Games and hope they can continue to send us feedback and suggestions. Let’s work together to create super fun gameplay!

That’s it for our Mobile Legends Patch 1.6.62 update. Let us know in the comment section below!