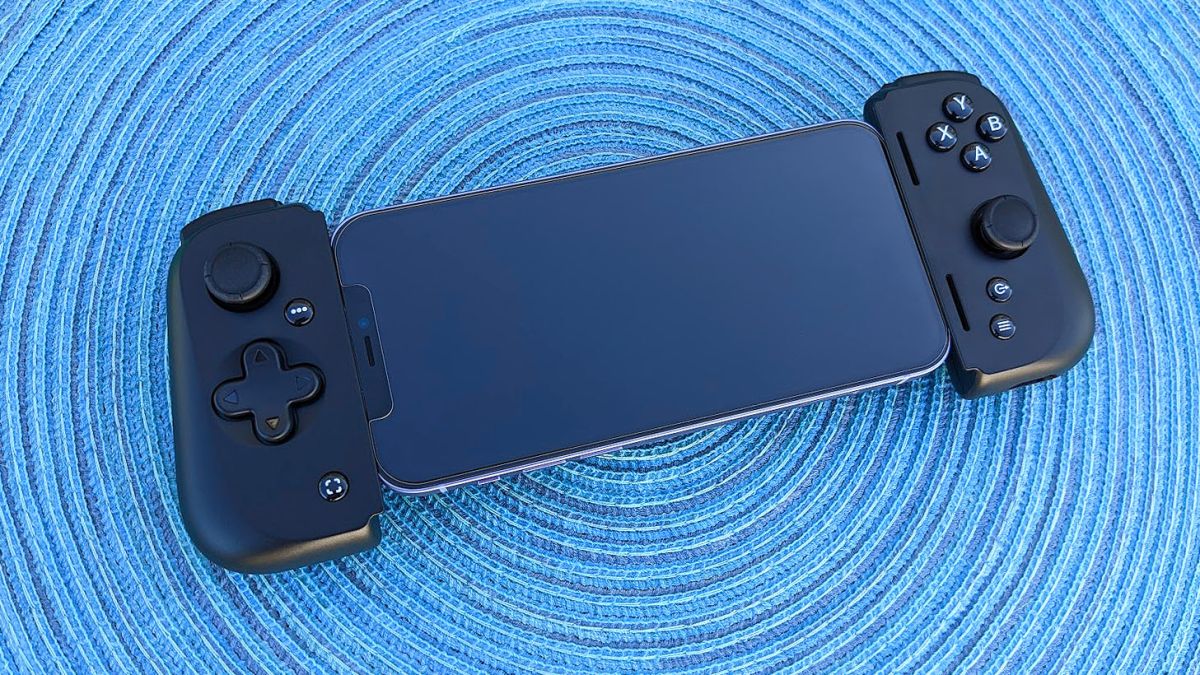 Over time, iPhone games get more and more awesome, whether they’re the ones you find on Apple Arcade, Xbox Game Pass, or the App Store. When it comes to playing more intensive games, a reliable iPhone controller can help increase the experience dramatically.

The Razer Kishi has been a very popular mobile controller since its release in 2020. Now the second version, known as Kishi V2, has been released and brings several improvements over the original. It looks a lot more like the famous Backbone One controller designed exclusively for iPhone, but the companion app just doesn’t quite live up to Backbone’s.

The Razer Kishi V2 Mobile Controller for iPhone has an MSRP of $99.99 and can be purchased from Amazon, Best Buy, or Razer’s website. There is also an Android version that sells for the same price. Compared with other iPhone game controllers in the market, this one has a higher price.

Setting up my iPhone was incredibly easy. I just pulled the controller out to expand the spring, then sat my phone down on the lightning port. The spring then pulls against the iPhone to hold it in place. In this setup, my iPhone gains that Nintendo Switch look that’s become so common with mobile controllers.

During testing, I jumped between the original Razer Kishi Mobile Controller and this new V2 device to get an idea of ​​the changes. The D-Pad, A, B, X, and Y buttons all snap more prominently to provide a satisfying feel that feels good in a thrilling game. In addition, with excellent responsiveness, the buttons and joysticks react as I wish. Of course, games I play on Xbox Game Pass (xCloud) on iOS, Apple Arcade, or the App Store need to be compatible with gamepads for this to work.

I was happy to find that there were two new buttons: a screenshot button and a Razer Nexus button that helps me interact with the companion app. More on that later. Both worked as I expected and made it easier for me to do what I wanted to do when playing my iPhone games.

Like the original, the Kishi V2 has no internal battery but relies on the iPhone for power. Luckily, the passthrough charging port is still on the right side of the device and is even MFi certified, which allowed me to game for long periods of time while my iPhone received a charge.

Major hardware improvements over the original

I couldn’t understand how different the Kishi V2 was from the original version. It’s scaled down to a much sleeker design that seems to be inspired by the popular Backbone One mobile controller. In this setting, I was relieved to see that it uses that spring-loaded extension design I mentioned before rather than the clunky extension of the original. It’s much easier to use and store.

Also, the annoying inserts that allowed the original to hold iPhones of different sizes are gone. Instead, the Kishi V2 works with any size iPhone as long as it has a compatible iOS of 15.4 or later. I can even play with my iPhone in its case after removing the rubber pads installed in the controller.

When I first plugged my iPhone 12 into the Kishi V2’s Lightning port, a notification asked if I wanted to download the Razer Nexus app. After spending some time on it, I can’t say this app is that impressive, but with a few updates it could turn into something really useful. It has a basic interface which is already divided into different game genres like RPG, Sports, Action, etc. I can also choose to see a full list of suggested games that can be searched. Clicking on one of the games takes me to the App Store page to purchase the game.

There’s no category for Apple Arcade, which I expected to see in an iPhone-centric device. However, whenever I played a game in Apple Arcade, an icon appeared at the top of the app for easy access. Also, there are no more UI customizations. You get what you get.

However, the app can be used to help remap controller buttons if desired. Additionally, the app makes it super easy to stream your iPhone gaming sessions to Facebook Live or YouTube. However, Twitch is not an option, and as far as I know it could not be added.

I have mixed feelings about the overall design of the Razer Kishi V2. On the one hand, it feels much more refined than the original Razer Kishi. However, one design flaw remains compared to the original: the handles are practically non-existent. It would be more comfortable if an ergonomic grip was implemented. It also doesn’t get as compact and rugged when there’s no iPhone around. I was able to toss my original Kishi into my bag without too much trouble. But now the Kishi V2 seems like it could break in my bag if pressure is applied to it in the wrong areas.

I could solve this problem, of course, by buying one of the Kishi V2 carrying cases that are on the market. But it requires an additional purchase. Another thing to consider is that there are already several other game controllers for iPhone in the market. This one is double the average cost of most offerings without really providing enough to account for the price. The Nexus app might help improve the value of the device after receiving a few more updates, but the interface and experience of the game is very disappointing at the moment.

As we explained in our Backbone One review, this controller was designed specifically for iPhones and comes with an impressive user interface. In many ways, the Backbone One is the Razer Kishi V2’s biggest competitor, and it’s clear that the latter took inspiration from the former in its simple design. It also offers a much more impressive app.

We also reviewed the GameSir X2 Lightning mobile game controller and found it to be an impressive device for any iPhone. It has a sturdier design than most mobile controllers and even comes with a handy carrying case.

Razer Kishi V2 for iPhone: Should you buy it?

You should buy it if…

You shouldn’t buy it if…

The Razer Kishi V2 looks and feels much better than the original mobile controller. The way you extend the device to mount your iPhone is no longer clunky, and the buttons all respond the way you want them to. You might just want to grab a carrying case as it’s not as compact as the original one.

Unfortunately, while I like the idea of ​​a companion app that helps organize your games, the Nexus app needs some work. It’s very basic and doesn’t really offer all the interface customizations that would make it useful. The advantage is that it can help you remap controller buttons. All in all, this is a great iPhone controller for any gamer, and if Razer works to improve the app, it will become even more of a useful tool.

A much improved mobile controller

The Razer Kishi V2 is a much more refined mobile controller than its predecessor. The buttons click satisfactorily, it comes with an integrated app and everything responds as it should.