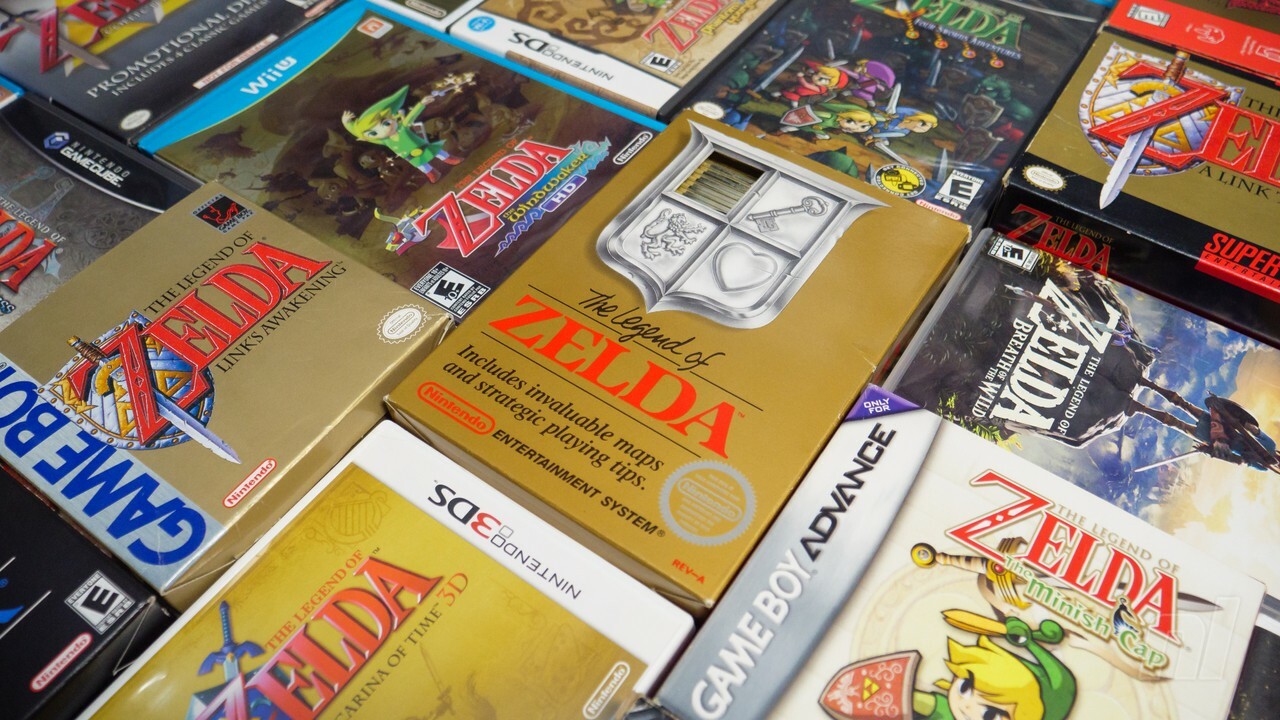 Producing perhaps one of the most iconic art layouts in Nintendo history, NES Black Box titles have become synonymous with home arcade gaming and all things retro. Released between 1985 and 1987, the series consists of 30 games including certified classics like Duck Hunt, Excitebike and Donkey Kong Jr.; however, after seeing a Nintendo CES kit from the late 80s of @martinlindell on Twitter, it looks like some of the console’s most famous titles were also originally slated to be added to the series.

Lindell’s image shows a CES kit page that announces five games coming to the NES: “Introducing four new sports and a princess named Zelda.” The games the title alludes to are Volleyball, Slalom, Pro Wrestling, ‘Punch-Out’ (pre-Tyson) and ‘Legend of Zelda’ (pre-the), all of which are featured with classic NES Black Box covers.

Good to see these old early versions of packfronts for Zelda and Punch Out. pic.twitter.com/TUBWYHc0bi— Martin Lindell (@martinlindell) October 8, 2022

You might recognize the Volleyball, Slalom, and Pro Wrestling covers as the ones the games ended up receiving as part of their Black Box release in 1987, but the other two titles weren’t included in the series and received different covers. match.

Mike Tyson Punch!! (or indeed, Punch Out!!, following the rebranding) would add, you guessed it, a photo of Mike Tyson to the cover instead of the Glass Joe portrait that can be seen in the original design – quite a major overhaul, we might add. Even after Tyson’s contract with Nintendo ended, the game‘s cover would have a similar boxer-centric cover (sorry, Glass Joe).

The Legend of Zelda, also changing its title, would get a similar glow to the classic gold cover we know and love today. That being said, the design of the Black Box certainly goes the extra mile to give a sense of what the game entailed, and the inclusion of the Gibdos and Keese makes it all look spooky. Well, we say “scary”, but Link doesn’t seem too bothered – look, he even has a smile! Maybe the original design would make a good poster post (indexNintendo).

Interestingly, the CES kit is also quick to declare that The Legend of Zelda will be the first entry in a series of adventure games – what happened to those plans, we wonder? It definitely shows that you know when you’re onto something special.

What do you think of these original Black Box creations? Let us know in the comments below!