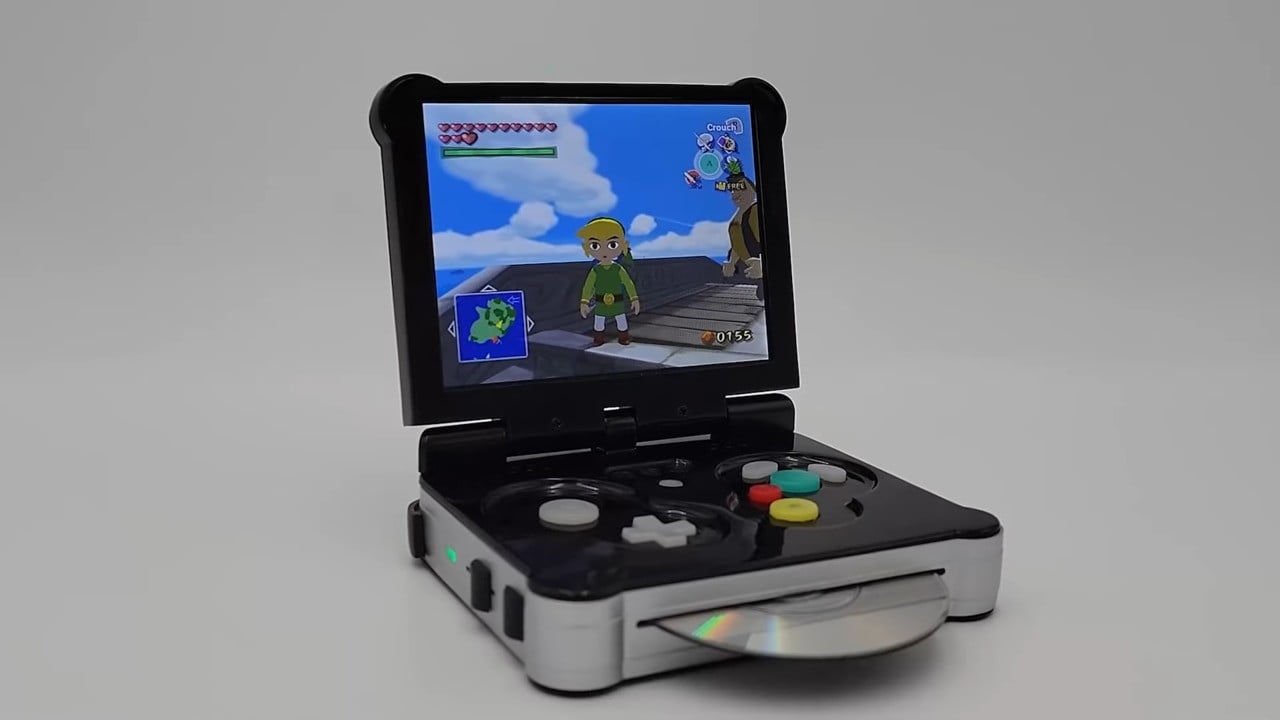 Think back to previous generations of Nintendo and you might remember the GameCube handheld console mockups inspired by the Game Boy Advance SP. If you’ve ever wanted a real version of something like this, well… that’s exactly what console modder and YouTuber ‘GingerOfOz’ has created.

The modder was able to scale this model down to a Game Boy Advance SP-style handheld unit. In truth, it actually runs a “cut” Wii motherboard inside, which obviously supports Nintendo’s GameCube library of games.

In order to stay true to the GameCube experience, custom software has been added to include the classic splash screen. And if you’re wondering about the display, it’s 480p. There is also headphone support and the entire device was designed with the help of graphics software and 3D printing. The only downside seems to be the battery life – which only lasts an hour and a half.

This little guy has a Wii inside, so he plays the entire GameCube library flawlessly thanks to the power of backwards compatibility.

I wish I could take better pictures of it, but it’s cold and ugly outside right now. pic.twitter.com/tZeJhNskYA

Oh and GingerOfMods also went deep into the original concept. Apparently the individual is called Demond (known as “gcpguy22” on Instagram), and he made the model just for fun while he was in college. He then uploaded it to see if people at the time would think it was legit, and the rest is history.

The same YouTube channel has previously shared videos of the Wii and PlayStation 2 handheld consoles. What do you think of this real-life recreation? Leave a comment below.

Bandai Namco will donate to charity for Ukraine

Mokoko X is aiming for release on PC, Xbox and Nintendo Switch in April