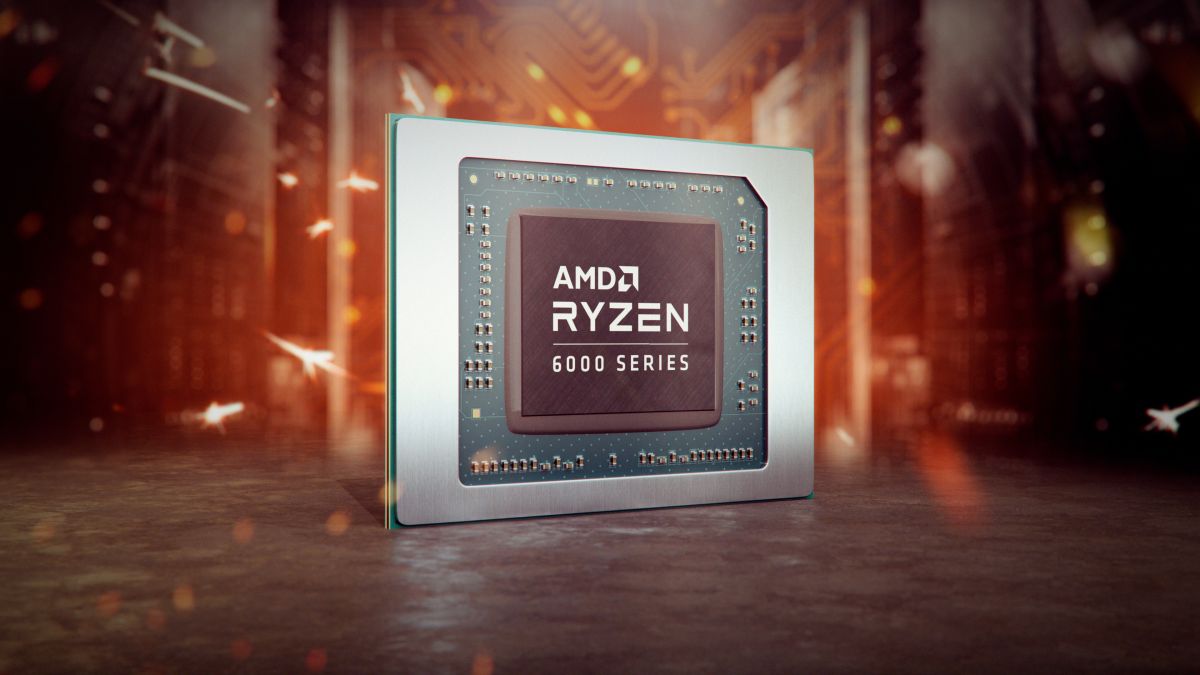 Chinese outlet Zhuanlan tested two of AMD’s new Rembrandt Zen3+ mobile processors, one of those chips being the new mid-range Ryzen 5 6600H with Radeon 660M graphics. According to the outlet’s benchmark results, performance is impressive, with the Radeon 660M generally outperforming Intel’s most advanced graphics options in its Alder Lake mobile processors.

The Ryzen 5 6600H is part of AMD’s new Zen3+ product stack, codenamed Rembrandt. The new microarchitecture upgrade brings great efficiency improvements to the Ryzen architecture, with 50 additional features added to Zen3+ to improve the power consumption of the entire SoC. Unfortunately, as a result, performance hasn’t been much improved, despite switching to TSMC’s 6nm process.

However, that’s not the case with AMD’s new graphics engine. AMD has finally made the jump to RDNA2 for its latest series of integrated GPUs, which contains some severe upgrades over AMD’s previous Vega architecture found in its previous IGPs. Clock speeds have increased by 300 MHz and memory bandwidth has improved by 50% – thanks to LPDDR5X, and the IGP runtime is now 50% larger. These are just a few of the upgrades found in Rembrandt’s new IGPs.

The Ryzen 5 6600H features six cores and 12 threads, with a maximum acceleration of 4.5GHz and a default TDP of 45W. For graphics, the 6600H comes with the new Radeon 660M with six RDNA2 cores and a boost of 1.9 GHz peak. For comparison, AMD’s flagship iGPU is the Radeon 680M which features double the number of cores and a maximum boost clock of 2.4GHz.

However, the performance is not entirely in favor of AMD. There were a few games where the Radeon 660M lost out to Intel’s flagship Iris Xe iGP, especially in Apex Legends, F1 2018, Narka: Tip of the blade, A total war saga, Troyand Gear Tactics.

But for the most part, performance between the Radeon 660M and the Iris Xe iGP was mostly identical, with only a few frames per second difference in most games tested. The only outliers were League of Legends, CS: GO, Assassin’s Creed Odysseyand Metro Exodus, which saw significant performance differences between the two iGPs. Of course, this can result from many factors, including graphics drivers, base architectures, and power limits.

In additional testing, Zhuanlan also rated the Ryzen 5 6600H’s gaming capabilities under a range of power targets, including 25W, 42W, and 54W. Amazingly, the benchmarks show that gaming performance is incredibly similar between the three power targets, specifically between the 42W and 54W results. The only outliers include League of Legends, Dota 2and CS: GOwhere performance drops dramatically with the 25W limit.

The results show us that performance and efficiency peak at the Ryzen 5 6600H’s default 42-45W power limit, and anything beyond that won’t yield any beneficial gaming gains.

Performance at 25W showed favorable results but was consistently lower than the data at 42W. With some outliers showing a big drop in performance with the 25W limit. The Ryzen 5 6600H can perform well at 25W but may be subject to a performance drop in specific workloads due to the power target shallow.

All in all, it looks like AMD’s new mid-range RDNA2 integrated graphics engine is a huge success and a massive upgrade over the company’s previous Vega graphics. In general, the Radeon 660M can slightly outperform Intel’s high-end 96EU Iris Xe graphics featured in its Alder Lake processors. However, a significant achievement considering the 660M is AMD’s midrange iGP and doesn’t even count AMD’s flagship, the Radeon 680M, which has twice as many cores as the 660M.

The Wonder Boy collection will change this year