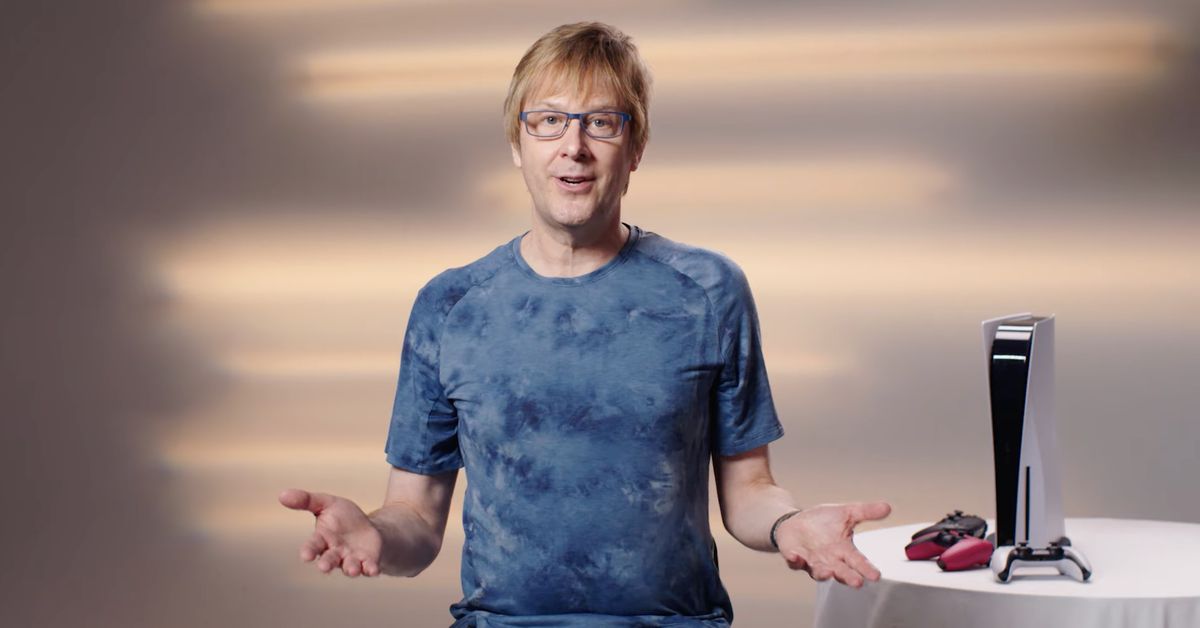 The PlayStation 5 began with simple brainstorming. Or at least, that’s how Mark Cerny, the main console system architect, puts it.

In a new video from Wired, Cerny explains how Sony built the PS5 and explains in detail why each component was chosen and how they all help power the system. Beyond all the technical talk about graphics processing units (GPUs), solid-state drives (SSDs) and the computation behind real-time ray tracing, Cerny sheds light on the kind of people who have helped Sony to prioritize what should (and shouldn’t) be included in the console.

Cerny begins by talking about his own four-decade career as a game developer on titles like marble madness and Crash Bandicoot, before moving on to a discussion of how Sony has factored in developer input into the design of the PS5‘s hardware and software.

â€œIt’s great to have worked with so many teams over the years and to understand a bit of what helps and what hinders them,â€ says Cerny.

In their first brainstorming session, the Cerny team came up with a list of the features they want for the PS5: all the features that haven’t made it to the PlayStation 4, plus a bunch of new ideas. Plus, there was a longer list of “all the things the game development community would love to see,” Cerny said.

For example, one of the main demands was an NVMe SSD with a read speed of at least 1 GB per second; Cerny quotes Epic Games founder Tim Sweeney, among others, as saying that the slow hard drive technology of previous consoles was holding back developers. Sony decided to go for a much faster drive to give developers some leeway – the final console’s SSD is capable of reading raw data at 5.5 GB / s.

It’s a “fairly recent” phenomenon for hardware developers to involve software developers in the design process, according to Cerny. But he says he personally wanted to have conversations with the developers because he worked on games himself.

â€œI’m looking for the developers who give me the most trouble and the ones who really have strong opinions about what they need to make the game they dreamed of,â€ says Cerny. “These are just brutal meetings, but it’s good to have, because at the end of the day you make a stronger console.”

Much of the video is pretty technical as Cerny breaks down the PS5 hardware part by part, but it’s a fascinating look at how the console design team actually built the latest generation of PlayStation consoles and their controllers. DualSense.