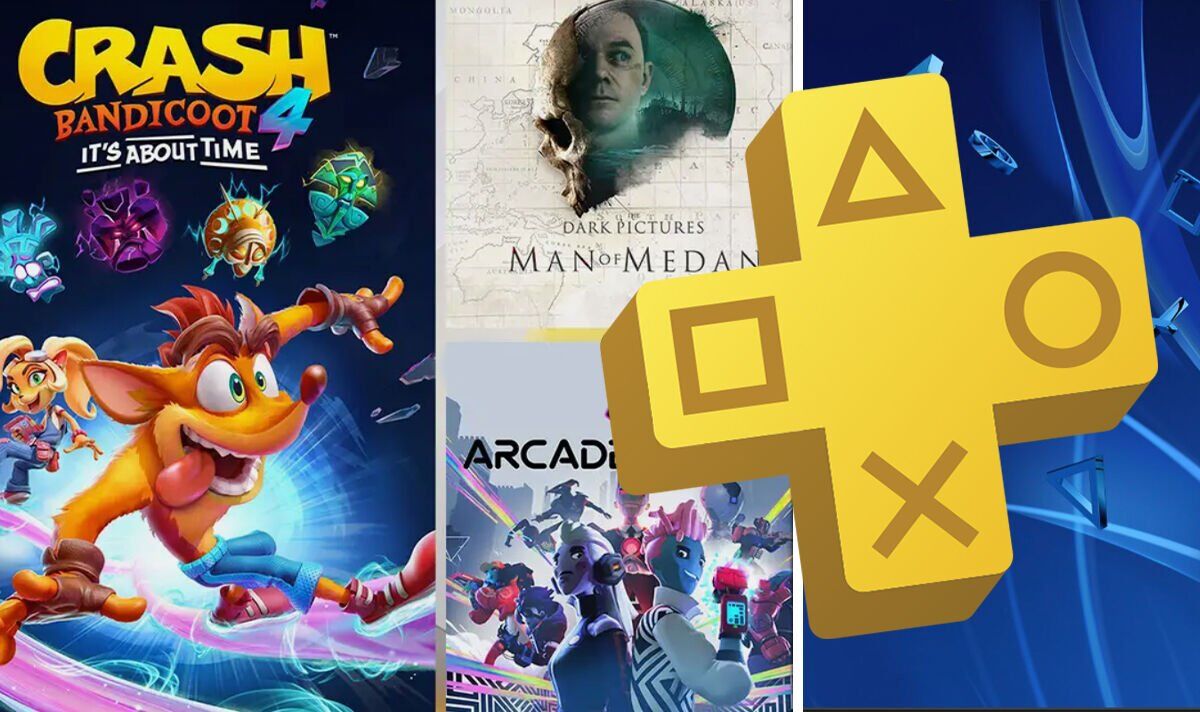 PS Plus subscribers are counting down to the release of free PS4 and PS5 games for July 2022. The next batch of free PlayStation Plus games have a July 5 release date and an estimated launch time of 10:00 a.m. BST. July 2022 PS Plus games include Crash Bandicoot 4: It’s About Time, as well as Dark Pictures Anthology: Man of Medan and Arcadegeddon. With the imminent launch of PlayStation Plus games, consider this your final warning to download June’s free games, such as God of War, Naruto to Boruto: Shinobi Striker, and Nickelodeon All-Star Brawl.

July’s line-up is headlined by Crash Bandicoot 4, which has racked up an impressive Metacritic score of 85%.

“An all-new Crash adventure awaits! Dr. Neo Cortex and N. Tropy have returned and are launching an all-out assault on not just this universe, but the entire multiverse,” reads the official description.

“Wield four powerful guardians of space and time that give Crash and Coco the power to bend the rules of reality and overcome dangerous obstacles in exciting new ways.

“And you won’t just be playing as the marsupial duo who hop, jump, experience things from different angles with the one and only Dr. Neo Cortex. Play as Crash, Coco, Tawna, Dingodile or Dr. Neo Cortex and fight bosses like N. Gin, Louise, Nitrus Brio and Nefarious Tropy.

Man of Medan is another strong selection. Developed by the team behind Until Dawn, the horror game features a branching storyline that changes based on your decisions.

“In this branching cinematic horror game from the creator of Until Dawn and The Quarry, five friends embark on a vacation diving trip that soon turns into something much more sinister.

“All playable characters can live or die, the choices you make decide their fate. Live your terrifying story alone, with a friend online, or go safe in numbers with up to five players offline.”

Finally, Arcadegeddon is a colorful third-person shooter in which the player tries to save an arcade from a mega corporation.

“Gilly, the owner of a local arcade, is trying to save his business from a faceless mega-corporation, Fun Fun Co….and what better way to stick it to the man than with a brand new great game.

“Unfortunately, the corp gets wind of Gilly’s plan and launches a cyberattack, injecting a virus into the game.

“Now it’s your turn to get up and save both the game and the last remaining local arcade in this ever-evolving cooperative multiplayer shooter. Offering a mix of PvE and PvP gameplay, you and up to 3 friends online to explore multiple biomes, take part in mini-games, find hidden chests, and battle a crazy group of enemies and bosses.