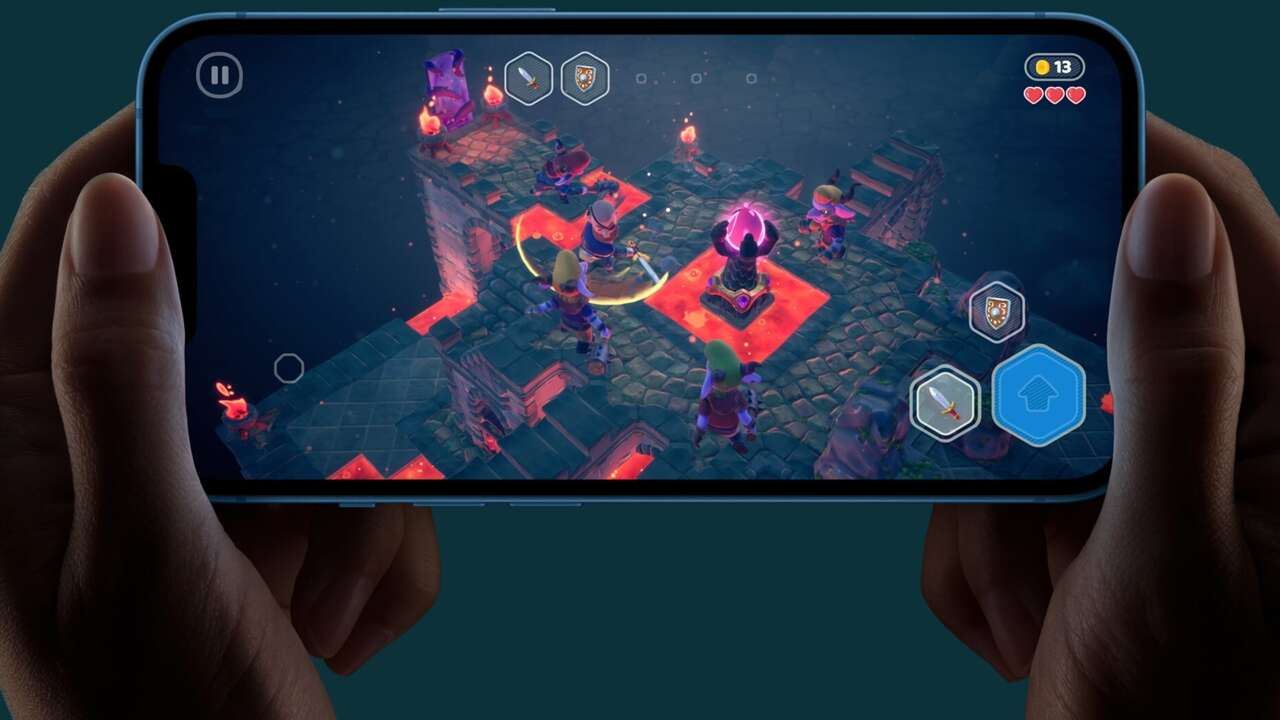 PlayStation’s push into mobile gaming: An overview of Sony’s past and present mobile market plans

Sony has made it clear that it is looking to diversify its business and explore new territory beyond PlayStation’s single-player console games and into the PC, mobile and live-service markets. During the G&S segment of a Sony business briefing, CEO Jim Ryan reiterated the company’s commitment to pursuing PC and mobile audiences.

In the mobile-specific slide, Ryan said the company has “aggressive growth plans.” Sony will partner with successful mobile developers, establish internal mobile development teams and release external mobile games. By FY2025 (the period ending March 2026), Sony aims to have mobile games make up 20% of releases in its first-party portfolio, a notable jump from 0% in FY2019 and 10% during the current fiscal year. Below is what we know so far about Sony’s developments in the mobile games market.

Wipeout Rush (Rogue Games)–Announced in 2021, Wipeout Rush is an installment in the PlayStation classic Wipeout universe. It’s a card-based racing game, with a retro cartoon style.

Fate Grand Order (Delightworks/Lasengle)–We also can’t talk about Sony’s mobile games without mentioning Fate Grand Order, one of the most successful mobile games of all time. Sony-owned company Aniplex was formerly the publisher of FGO, but in 2021 Aniplex acquired FGO dev Delightworks. After the purchase, Delightworks created Lasengle – a company responsible for all Delightworks activities. That’s all to say that the studio that originally created FGO is still responsible for it – it’s now owned by Sony.

FGO was launched in 2015 and is estimated, by Sensor Tower, to have grossed over $4 billion. Delightworks and FGO aren’t strictly associated with the PlayStation brand at this time, but it’s hard to imagine Delightworks not working behind the scenes to help with PlayStation’s internal mobile development. FGO’s key creative producer, Yosuke Shiokawa, left the company earlier in February 2022, so it will be interesting to see how FGO’s direction changes.

When Sony talks about mobile gaming, it’s not about games on a handheld console like PS Vita, PSP or PSP Go. But PS Vita is tied to Sony’s past of trying to appeal to a phone audience mobile: the PlayStation Mobile program.

PlayStation Mobile launched in 2012 and shut down in 2015, unceremoniously terminated by Sony after never really taking off. While gamers may recall that PlayStation Mobile is primarily a PS Vita imprint, it was a SDK release arm for PS Vita and some Android devices (including obviously Xperia’s own Xperia phone). sony). On the PlayStation Store, it occupied a separate section. For developers, the PlayStation Mobile publishing fee was just $99 per year, providing a friendly entry point for new developers looking to make simple games.

These games could be comparable to what you find on Apple Arcade these days (if they were less organized), or to compare to Sony’s own history, what PSP minis were for PSP – little games more” indie-ish” which featured an alternative to AAA games. Vlambeer Studios’ charming Super Crate Box was part of the initial launch, along with 19 other games, such as Samurai Beatdown, Aqua Kitty and Beats Slider.

PlayStation Mobile, however, could not attract an audience on the PS Vita or Android. The service stopped publishing games on Android an entire year before Sony pulled the plug completely in 2015.

Sony made the notable decision to hire the former head of Apple Arcade in 2021, while also revealing in the job description that it wanted someone to help it adapt existing “iconic IPs” to games. mobiles. It’s too early to tell if PlayStation is planning a mobile subscription service that resembles Apple Arcade by a single lease, but it inspires speculation about the possibilities. At the very least, iPhone users can expect attention, unlike PlayStation Mobile’s only Android and PS Vita targets.

So PlayStation Mobile, Inc. is different from the now closed PlayStation Mobile – confusing, I know! The Inc. version of PlayStation Mobile still exists and has released Run Sackboy Run for iOS/Android and titles for PlayLink, a service that allows gamers to use their phone for multiplayer games. It also released Uncharted: Fortune Hunter, a mobile spin-off of the popular series, in 2016 and recently shut down in 2022.

Xperia Play, dubbed the PlayStation phone, was also Sony’s initiative to bring games to mobile devices in 2012. Titles such as FIFA 10, Sims 3, Need For Speed ​​Shift and almost 60 other games were released. launched with Xperia Play, making it an awesome combination phone and handheld console experience. (However, it also became somewhat of a competitor to the PS Vita, making it an interesting move by Sony to launch the two products so close together.)

Sony Pictures Digital has also released a handful of mobile games over the years. In 2007 he released God of War: Betrayal. And more recently, he released My Hero Academia: The Strongest Hero (a game now published by Crunchyroll instead) for a while.

And while it’s simply unlikely, a new mobile console from Sony isn’t completely out of the question. Ryan said in the trade presentation, “We don’t limit ourselves to content”, which is clearly indicated by the upcoming launch of PSVR 2. Nintendo’s highly successful hybrid Switch console and Valve’s Steam Deck show that devices Mobile game consoles still attract large audiences and could inspire Sony to consider another mobile console. Sony also made a controller for the gamer’s phone, according to a patent first discovered by VGC.

Although if Sony goes this route, it needs to bring original titles to the new handheld. The Nintendo Switch is supported by popular Switch-only titles like Animal Crossing, Pokemon, and Breath of The Wild, while Steam Deck’s main selling point is the vast library of PC games on Steam. It’s something Sony already knows how to do and does with the PS5, but hasn’t done with the PS Vita. There are plenty of possible reasons why the PS Vita failed (high price, the 3DS, the iPhone, etc.), but the continued lack of big, shiny exclusive titles has certainly done the handheld console a disservice.

Sony is expanding and diversifying its activities, it makes sense. The big AAA games that Sony likes to release are increasingly a gamble: they take a lot of money and time to make, and won’t necessarily be a hit on release. Live mobile games, on the other hand, like Mihoyo’s Genshin Impact and Epic Games’ Fortnite, regularly fetch a large and reliable sum, and we know Sony wants to run a lot of live games. Not all of them have to be on consoles/PC, as some might assume.

It’s surprising, however, to see Sony planning to create 50% of its first-party titles in the mobile and PC sector by 2025, cutting PS4 content revenue altogether. With Sony’s relentless pursuit of mobile gamers, we can probably expect more news from the company on its mobile game plans soon.

For more reading on PlayStation activities, you can check out: