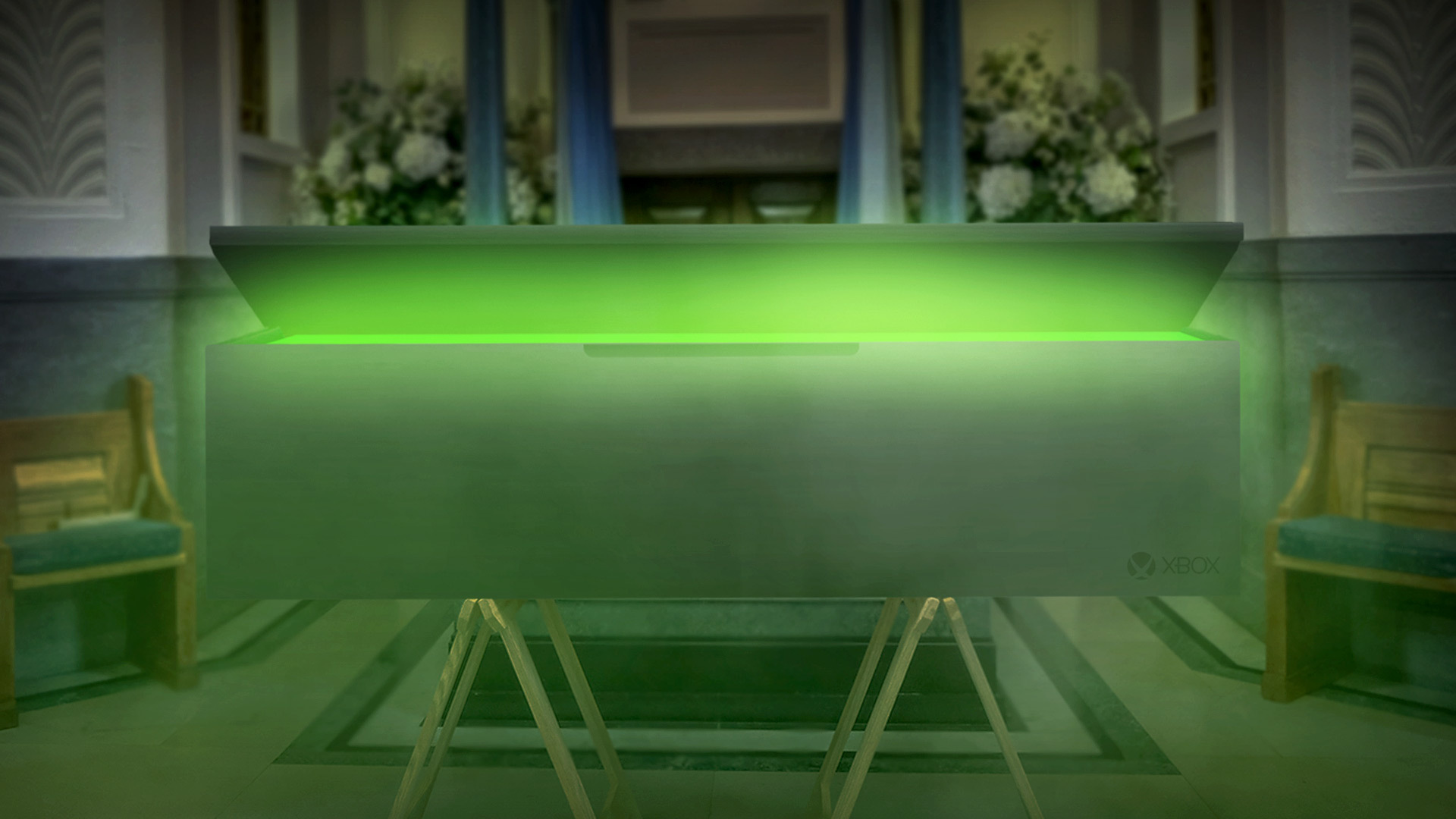 Xbox chief and Microsoft veteran Phil Spencer brought innovation to the brand in the years after taking the helm in 2014. He shook up the gaming world with the introduction of Game Pass, he gave to next-gen console adopters a more affordable upgrade in the Xbox Series S, and it even bought Bethesda. But now, it seems, he intends to take the innovation and brand loyalty he has acquired in life with him when he steps through the veil.

This comes from a source who actually wants to be named – his masseuse, Lars Svensson. “Mr. Spencer came for his weekly massage. There was nothing unusual about that,” he told The Loadout. Svensson notes that Spencer seemed more tired than usual, something he felt physically manifested in the tension in his muscles as he got to work on Spencer.

“He was out in no time,” Svensson said. “We usually chat for a few minutes while he settles down. We joke about the old days of computers and the internet, like how we used Encarta or dial-up internet that cut you off if someone in the house picked up. the phone.”

But this time, Spencer’s mind was elsewhere, and after falling into a deep sleep, he shocked the middle-aged masseuse by blurting out some top-secret revelations. “All of a sudden he started to whisper and I could make out the word ‘refrigerator’,” Svensson says. “At first I thought he was just dreaming, but then Mr Spencer kept talking.”

According to Svensson, Spencer talked about the recently released Xbox Series X refrigerator and how he would like it to play a central role in his funeral when the time comes. The Xbox head wants to be encased in an enlarged version of the refrigerator, complete with green lights and full refrigeration capabilities. “He even pronounced the dimensions: ‘six feet and 2.384 inches by four exact feet,'” Svensson explains.

The masseuse continued her work, not knowing what to do. But it didn’t stop there, because with each muscle knot he carefully stretched, Spencer disclosed more. Apparently Spencer even thought about how to power the fridge, telling Svensson in his sleep that he planned to run an underground power cable from the Puget Sound Energy Norway Hill substation near Redmond straight to the fridge. for maximum power.

That’s when things took a turn, as massage parlor regular James Hogarth walked into the Green Cutz team in Tacoma to schedule an appointment for the next day. It was here that the pair discussed whether to wake Spencer up, but not before he could reveal more information about his plans.

“He just turned around after a loud snore and said ‘Bond is going to be Master Chief,'” Svensson explains. Presumably, Spencer was referring to Xbox Vice President Sarah Bond. “He also asked Alexa to remind him to buy blue body paint because Todd Howard will be Cortana,” Svensson adds. It became apparent that Spencer was planning a theatrical performance and went on to tell the two men that the refrigerator, with him in it, would be airlifted to the ceremony via a UNSC Pelican, and he needed Master Chief and Cortana to speed up the descent. with him.

But why would Spencer need all that electricity wired straight to his Xbox fridge? The answer was in front of us the whole time: Microsoft Azure. It’s no secret that Microsoft has been pushing towards cloud computing and gaming, with streaming now available on Xbox Game Pass. An all-streaming future was always on the cards, but it was just a matter of when not if. And it looks like we now have our when.

“He told us that when the service was over and they were about to close his coffin refrigerator, some scientists at the University of Washington would hang his body in the refrigerator, which then transferred his consciousness to the Azure cloud. “, Svensson says. This will maintain Spencer’s legacy for decades to come. It will not be part of the cloud; he will be the cloud.

According to Svensson and Hogarth, Spencer eventually woke up as if nothing had happened, paid, and left the Green Cutz team in such good spirits that he was even whistling.

When The Loadout asked why the pair didn’t want anonymity, they claimed “fame” and “money” to “increase their social presence”.

The veracity of these claims has not been verified.