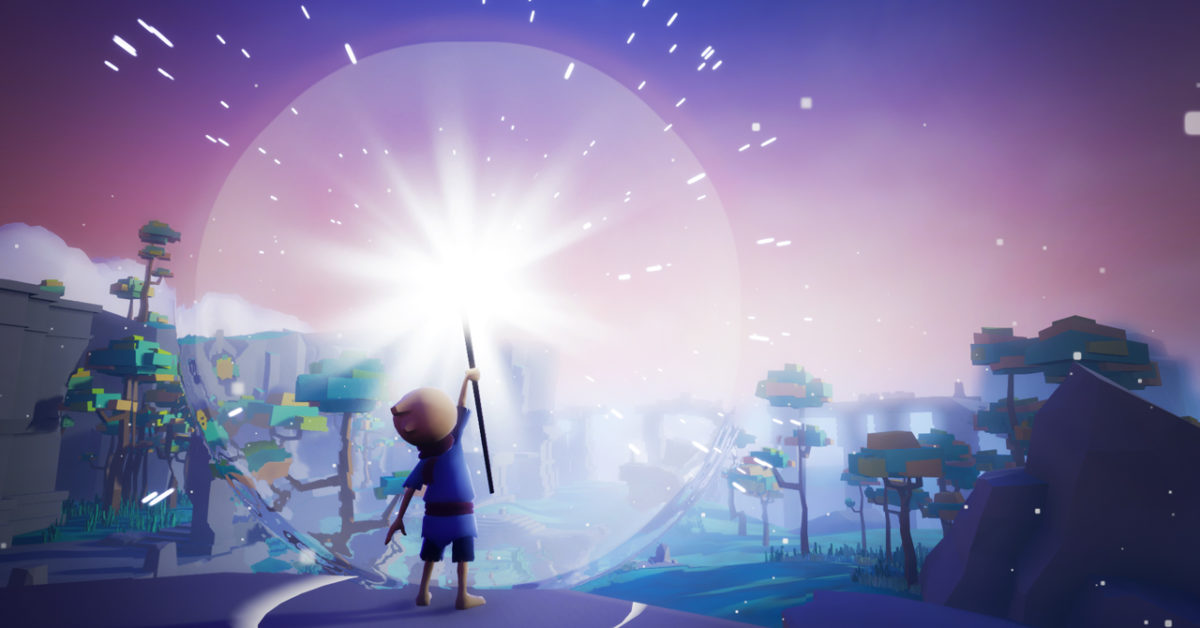 Future Friends Games and StudioInkyfox have revealed they will be releasing Omno for PC and consoles on July 29, 2021. The game, which has been designed for five years by an independent developer Jonas Manke, is an atmospheric exploration and puzzle-adventure title that will challenge you to figure out how the world around you works as you solve small puzzles to clear your way. It looks pretty awesome and could be one of the indie titles of the year. You can check out the latest trailer below as the game will release in a few weeks.

Omno is an atmospheric adventure on a journey of discovery through an ancient world of wonders. As players take players through lush forests, across a sun-drenched desert, above a frigid tundra, the power of a lost civilization will even transport the hero to the clouds. Along the way, there will be creatures large and small to observe and interact with – shy rock-like crabs, helpful turtles, maybe even a friendly dinosaur to ride? The world of Omno is filled with puzzles, platforming challenges, and hidden secrets. The Player’s Magic Staff is the key to powering the Forgotten Relics and will allow players to quickly dash across platforms, soar over land, sail above clouds, and more.

Omno takes you on a journey of discovery through an ancient world of wonders. It is a single player adventure full of puzzles, secrets and obstacles to overcome. The power of a lost civilization will transport you on an epic quest through lush forests, sunny deserts and frozen tundras – even to the clouds. On your way, you’ll discover a vibrant world full of weird and wonderful life forms, from cute little creatures to enigmatic giants, and everything in between.

Did you like it? Thanks for sharing on social media!

Psychonauts 2 will have an invincibility toggle