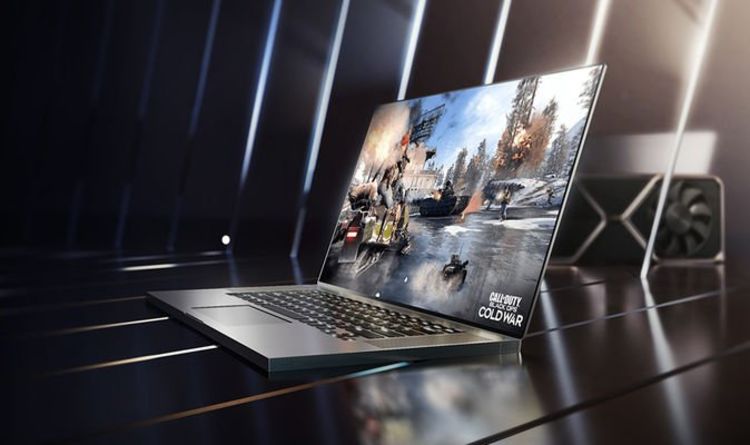 Many gamers are ready to upgrade their current platforms and setups, but choosing your next platform can be tricky, and with the price of PC hardware constantly changing, it’s also expensive.

The cheapest solution is to buy a PS5 or an Xbox Series, both of which sell for below the cost of major gaming platforms. They come with exclusive titles and are part of a much larger community with access. to cross play and other great features.

However, supply issues are keeping them off the shelves, and many fans are willing to ditch their PS4 and Xbox One consoles and move on to something more powerful.

The next step for many would be to buy a PC and check out all the games and franchises that are not yet available on consoles. The advantage of having a PC setup is that you can continually improve your experience so that you don’t get left behind.

But with prices remaining high and a very low supply of the best and most popular hardware, many gamers feel like they can’t afford to take the leap.

The good news is that alternatives might help those who want to try out PC gaming but don’t have the money to spend on the more fancy setups.

And that’s where the new line of RTX gaming laptops from Nvidia and its partners comes in, offering a different avenue to expand your Steam or Epic Games Store libraries.

When first announced in 2021, these laptops stood out from the already crowded market with a huge selling point – they were powered by the GeForce RTX 30 series.

The other big news attached to them was the price, with Nividia confirming that some setups would cost as little as $ 799.

Gaming laptops have been around for a while now and have their pros and cons. The big advantages are those listed above, while the disadvantages are well known.

Gaming laptops provide a way to play games on the go, but they are usually lagged behind by the hardware they contain.

They also suffer from limited battery life, screens that lag quickly in quality, heat issues, and lack of upgrade options like traditional PCs.

But after spending time with the new RTX laptops – including the MSI GF65 Thin 15.6 ”gaming laptop – the pitch that Nvidia made earlier this year makes perfect sense.

For anyone looking to dive without wasting a lot of money, these RTX machines could prove to be the perfect solution.

While they don’t include 4K displays and the highest hardware specs, they do offer some of the most attractive graphics settings available on laptops.

Not only can you buy a device powered by Nvidia RTX, but they also support major features like Ray-Tracing, DLSS, and Nvidia Reflex.

The platforms, many of which are based on the new GeForce RTX 3050 Ti and 3050 laptop GPUs, bring NVIDIA’s Ampere architecture with dedicated RT and Tensor cores to the widest audience to date, and increase the number from 30 to over 140 RTX series laptops.

For those who might not have used it before, DLSS is the short term used for Deep Learning Super Sampling.

DLSS is used to increase frame rates and improve other areas of games, maximizing graphics settings and resolution.

It’s a great option to have, and while it’s not available in all games, most of the bigger launches come with support.

My experience with using DLSS has been incredibly positive and has helped run tough titles like Red Dead Redemption 2 in the best possible way.

While I didn’t care to run everything at ultra settings, the support for DLSS and ray-tracing in the MSI GF65 Thin 15.6 “gaming laptop provided a balanced experience between ‘reasonable images and excellent fidelity.

Ray-Tracing is another great option to perform while playing the latest games that help transform the look and feel of the game.

Minecraft is one of the games that is seeing the most significant effects from the use of technology, and having it built into your laptop experience as standard seems like a no-brainer in 2021.

But there are other issues with using a laptop like the MSI GF65 Thin 15.6 “that should be taken into account.

A big problem with using a laptop for gaming is the heat issues that can arise. There’s no point in having fancy pant features if it sends temperatures through the roof and ends up shutting down a laptop to avoid terrible damage.

The good news is that while the MSI GF65 Thin 15.6 “gaming laptop got hot during sessions, it never reached these levels of danger.

Indeed, some gamers were harder on the inside than others, with Call of Duty Warzone providing one of the toughest heats of operation for the laptop.

But performance wise, it was perfect for what you need to play a successful game.

The display supports the highest frame rates, and due to the technology used to increase that and help with latency, you’ve got a version of Warzone that looks and performs great.

Some will want a bigger screen to try to win around Verdansk, but it includes everything needed to have the best chance of making the final circle.

Another thing to note here when playing games that use battery power is that performance may be lower, and usage will likely mean you can only play for a few hours or less.

The good news is, I’ve never had a hard time stopping due to issues or warnings, and it’s a huge win for those considering taking one.

And it’s also worth noting that while DLSS and Ray-Tracing won’t reduce heat when running this technology, they will use just as efficiently as possible.

The other thing to note is that as long as a game supports DLSS, you will never fail to have this feature on your laptop.

The hardware will continue to progress and provide more impressive experiences, but maintaining it costs significant amounts of money and can be difficult for many to justify.

However, choosing something like the MSI GF65 Thin 15.6 ”Gaming Laptop is a great way to start exploring the world of PC gaming.

It costs a bit more than a PS5 or Xbox Series X, even taking into account the price of a TV.

But while a console is very limited in its functional scope – a set-top box or a gaming unit – laptops like the MSI GF65 are much more versatile.

Not only does Nvidia technology include help for games, but it also benefits other software used for work processes.

Buying a decent laptop for work and occasional use will cost around $ 300.00, so it will always be worth considering combining your needs into one awesome PC Starter Pack.

Some of the most important specs are listed below: