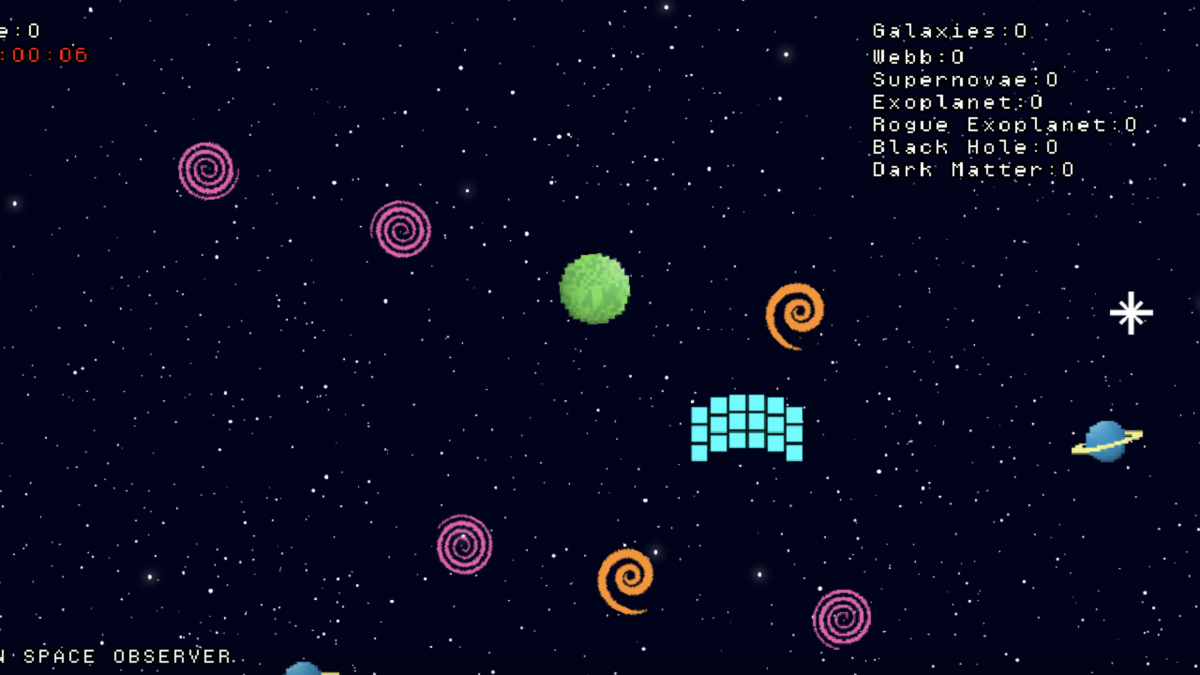 
Prices and availability of offers may change after posting.

“You have been given observing time on the Nancy Grace Roman Space Telescope,” reads the opening screen, after players choose between English or Spanish. “You only have one minute to catch as many astrophysical objects and phenomena as possible.”

Similar to Atari Classic Asteroids, celestial objects move across the screen at varying speeds. However, instead of dodging or shooting at them, players must use their arrow keys to chase these objects. Once you’ve placed Roman Space Observer’s sensors on an object, you must quickly press the spacebar to capture it and rack up points.

The most common objects are orange and pink spirals, which are said to signify galaxies and are worth seven points each. Other targets include the Yellow Hexagonal Webb Telescope (75 points), White Star Supernovae (15 points), Blue Ringed Exoplanets (10 points), Green Rogue Exoplanets (25 points) and Dark Dark Matter (40 points) ) and black holes (50 points).

The Roman Space Observer Game is a pretty nice little game, and certainly better than some other promotional video game companies have made. I found the hardest object to catch was the Webb telescope, which flew across my screen like it was looking for a gold medal. Meanwhile, the hardest objects to spot were dark matter and black holes, which barely appeared against the dark starry background. You basically have to keep an eye out for disappearing stars to find them.

You can play The Roman Space Observer Game here.

The Nancy Grace Roman Space Telescope is an observatory slated for launch in the next few years. Although its primary mirror is the same size as the Hubble Space Telescope mirror, measuring 7.9 feet in diameter, its field of view is 100 times larger.

“Roman’s gigantic field of view will allow the mission to create infrared images about 200 times larger than the Hubble Space Telescope can provide while revealing the same level of detail.” writes NASA. “The spacecraft is expected to collect far more data than any other NASA astrophysics mission before it.”