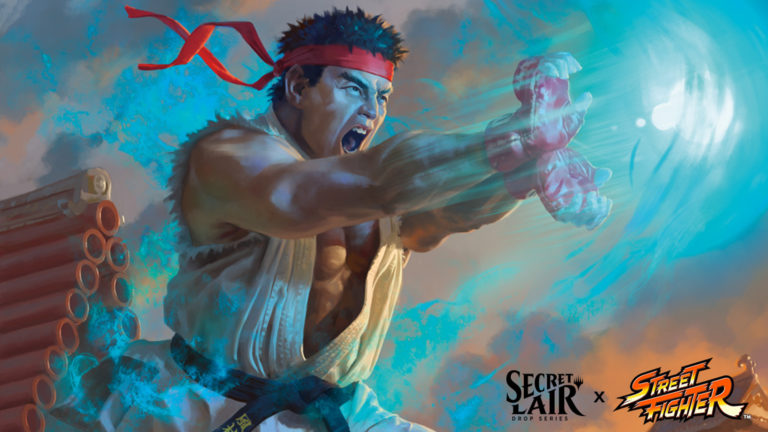 Wizards of the Coast has officially revealed the ultimate crossover between Magic: The Gathering and Capcom franchise street fighterwhich includes a total of nine playable black-bordered maps in Eternal formats.

Featured in the MTG Secret Lair February Superdrop, nine characters from street fighter and Street Fighter II are playable in Eternal Magic formats such as Commander, Legacy and Vintage. Each of the nine crossover cards has the Legendary creature type, with their design primarily focused on Commander-format gameplay, according to Mark Hegen.

the secret lair drop captures the flavor of each street fighter character, from the release symbol on Ryu paying homage to the quarter-circle joystick movement that triggered his Hadōken ability, to Dhalism having Range, and Ken gaining +1/+1 stats whenever a noncreature spell is rolled during this turn.

From Ryu and Ken to Chun-Li and E.Honda, here are the nine Magic: The Gathering and street fighter february cross cards secret lair great drop.

Ryu, warrior of the world

Ryu, World Warrior is a 2/4 human warrior with the MTG Training mechanic and his own Hadōken ability, from the original street fighter arcade game. The Hadōken ability has a mana cost of 4R and requires its controller to discard a card. Ryu, World Warrior can untap once the cost is paid and deals damage equal to his power to any target. And, if there is excessive damage from Hadōken, you can also draw a card.

Chun-Li, first featured in Street Fighter IIto the MTG Multikicker mechanic—allowing its controller to pay the Kicker’s cost a number of times. She has base stats of 3/3 and is blue and white. Multikicker’s cost is a hybrid mana cost of one white mana or one blue mana, payable when Chun-Li, Countless Kicks enters the battlefield. And his Lightning Kick ability is triggered on attack, synergizing with his ETB ability.

Playing in big asses is thematic inside Magic, E. Honda, sumo champion has base stats of 0/7. On the battlefield, each creature deals combat damage through their Stamina stats, as opposed to their Power stats through Sumo Spirit. While attacking, E. Honda, Sumo Champion activates his Hundred Hand Slap ability, providing up to 100 +0/+X target creatures with “X” equaling the number of cards in your hand until end of turn.

Able to stretch his body Street Fighter IIDhalism, Foldable Pacificst has the MTG The Reach keyword is a 1/3 in the colors green and white. The Human Monk supports other cards with Reach by essentially giving those creatures the Vigilance keyword when attacking. It also prevents creatures with greater power from blocking them this turn. The human monk also has two other abilities.

Friend and rival of Ryu in the original street fighterKen, Burning Brawler becomes the best fighter he strives to become via the MTG mechanical prowess — giving him +1/+1 stats each time you cast a noncreature spell. This boost persists until the end of this turn. The Human Warrior has stats 4/2 in the color red and gains First Strike until end of turn via a paid white or red hybrid mana cost.

Ken, Burning Brawler’s ability is Shoryuken, allowing its controller to cast a sorcery spell from their hand with a mana value less than or equal to Ken’s combat damage without paying that spell’s mana cost.

Guile, Sonic Soldier is a 4/4 in the MTG blue, red and white colors. The human soldier has a charge meter synergy, gaining one by entering the battlefield and attacking. Removing a charge meter can activate Sonic Boom or Flash Kick.

Zangief, who earned the name Red Cyclone as a national hero in Russia, is a 7/4 in the MTG colors black, red and green. When attacking, an opponent must block the Red Cyclone. His Iron Muscle ability gives the human warrior “Indestructible” if it’s your turn. And Spinning Piledriver causes an opponent to sacrifice a noncreature, nonland permanent when Zangief deals excess damage to a creature blocking it.

The endl MTG Street Fighter cross map in the secret lair the drop has not been announced at the time of writing. This article will be updated when it is revealed.