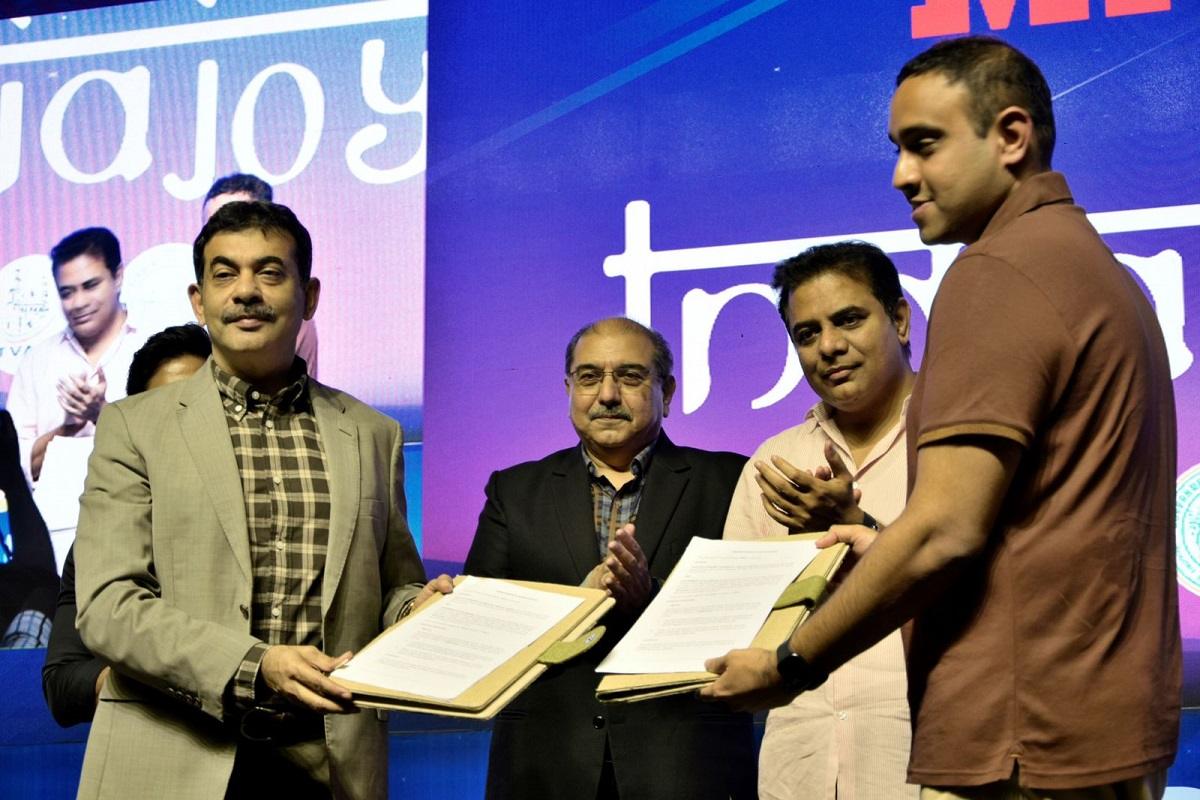 The state government will allocate a dedicated 500-seat facility for the mobile Premier League in the IMAGE towers.

Mobile Premier League, an online gaming platform, will set up a game development center in Telangana employing 500 young people in the state. He signed a memorandum of understanding with the state government on the sidelines of IndiaJoy 2021, which kicked off in Hyderabad on Tuesday. As part of the MoU, the state government will allocate a dedicated 500-seat Premier League mobile facility in IMAGE towers with MPL’s agreement to share technological know-how and hire local talent.

The Principal Secretary of the Department of Information Technology, Electronics and Communications, Telangana Government, Jayesh Ranjan and the CEO of the Mobile Premier League, Sai Srinivas Kiran, signed the MoU in the presence of the Minister of Information Technology and Industry KT Rama Rao. The MPL will work with the Telangana Skills and Knowledge Academy (TASK) to introduce special courses focused on game development, animation and sports to enhance the talent pool available in the state.

IndiaJoy, Asia’s largest digital entertainment festival under the theme “Virtual is Reality”, kicked off with the participation of technology leaders from several countries, including key industry voices. During his speech, Minister KTR expressed confidence that this would become a flagship event for the IMAGE industry and then build a solid reputation as an aggregator of different domain events that previously took place separately.

He noted that Hyderabad-based gaming companies have also made the most of new market opportunities created during the pandemic. He pointed out that 45 companies have chosen Hyderabad as their gaming destination in the past two years, bringing the total to 80.

A recent study showed that India’s active internet user base is expected to reach 900 million by 2025, an increase of 45% from last year. Telangana VFX, Animation and Gaming Association (TVAGA) chairman Rajiv Chilaka said the pandemic provided an opportunity to create IndiaJoy 2021 and bring the tech community together on a larger and much more impactful stage, in a single click.

â€œ2020 has been difficult for the industry, including ours, while game animation, visual effects have suffered from the stoppage of filming. The industry experienced a 10% drop in growth. But the good thing is that companies have invested in R&D and intellectual property and have innovated in current business plans, which will yield great results in the future, â€he said.

Biren Ghose, CII National Committee Chairman for AVGC and Country Head – Technicolor India, said Telangana has shown strong strategic intent in partnering with industry and academia to enable policy support and infrastructure to bring the gaming, visual effects and animation industries to new levels of performance. IndiaJoy is the forum that celebrates milestones and acts as a torchbearer for the state.

The future will be in skills, AVGC has experienced strong revolutions. We believe that dropping out of school and women, if absorbed into the system, will give the industry a huge boost, he added.

Paradox is “happy with the progress” of Bloodlines 2, but will not reveal who does