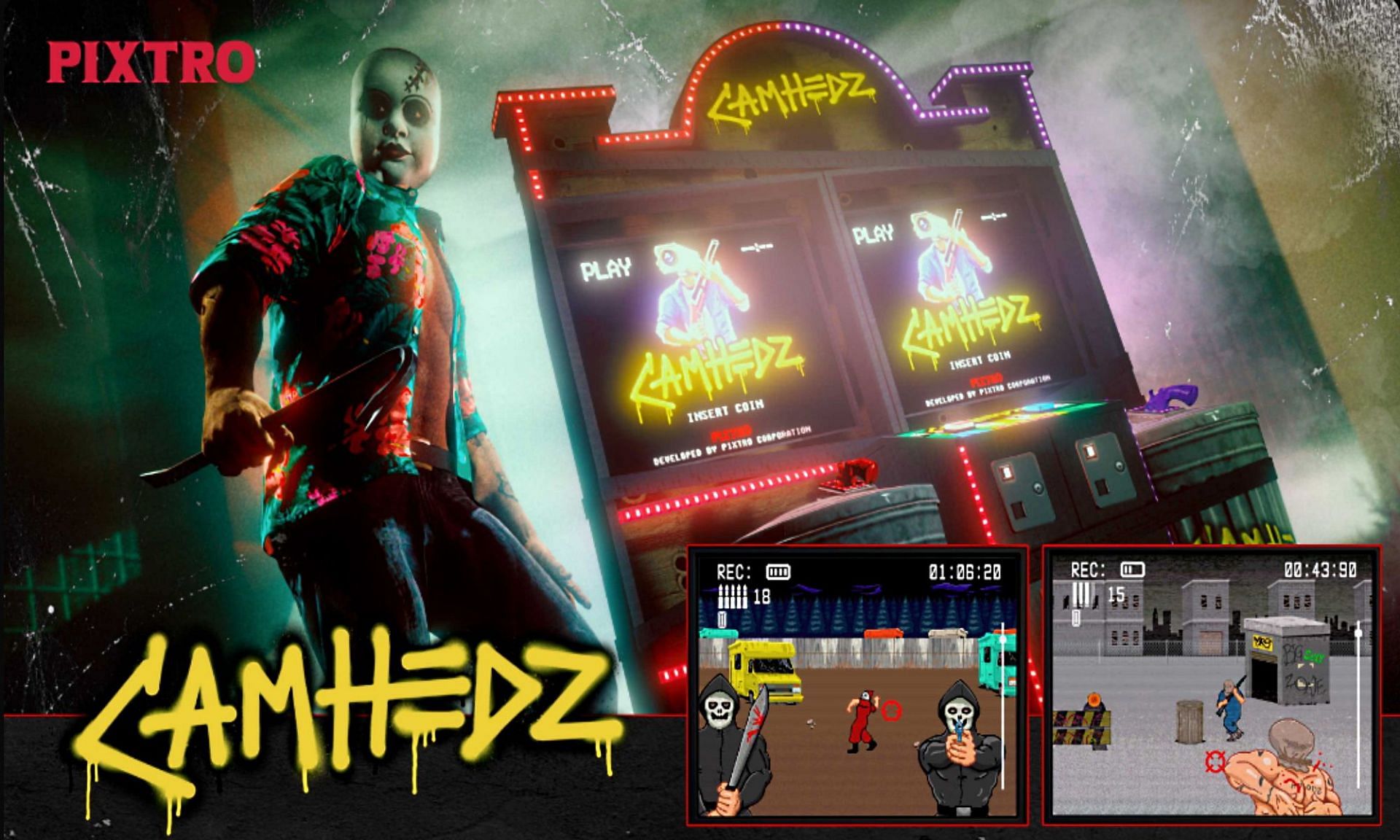 GTA Online players have until November 3, 2021 to purchase a Camhedz Arcade Machine.

Rockstar is celebrating Halloween this week with spooky events. Whether it’s a random slasher or a ghost car, players need to watch their backs. Arcade owners can also have fun because GTA Online offers the Camhedz arcade machine. It will only be available for a limited time.

Camhedz is essentially a shooting range. It takes direct inspiration from the Manhunt series, which is among the most brutal games Rockstar has ever created. The players had better be careful.

GTA Online: Camhedz Arcade Machine is a Dark Reference to Past Enterprises

GTA Online’s Halloween events will only last until November 3, 2021. Arcade owners should get Camhedz while they can. It’s a rare mini-game that only pops up every now and then. Here’s how to get the Camhedz Arcade Machine.

Pixel Emporium is a great place to shop for arcade machines. However, the only way to access the website is through an arcade. Prices range from $ 1,235,000 to $ 4,082,500. That being said, it all depends on the location. These properties can be purchased from Maze Bank Foreclosures.

Time is running out for Arcade owners to add Camhedz to their Arcade. Once you get it from the Pixel Emporium site, it will remain available to play even after it is no longer offered for sale.

Time is running out for Arcade owners to add Camhedz to their Arcade. Once you get it from the Pixel Emporium site, it will remain available to play even after it is no longer offered for sale.rsg.ms/11772b5 https://t.co/ffGP7cIiIV

The Camhedz arcade machine will cost $ 362,500. It serves as a ROM hack for Badlands Revenge II. Rockstar offers the following description:

“Lights. Camera. Action. The city is overrun with gangs of brutal criminals and sadistic lunatics. There is only one way out: embrace the chaos. So grab your gun and start filming, it’s time to fight the abominations of a glitch up dystopian world. “

Camhedz will be available to play even though it is no longer for sale. This is according to Rockstar Games, which relayed this information on its Newswire.

Camhedz is a small arms mini-game. Players go through different stages while taking down enemies. There are five gang locations in total:

GTA Online players have access to different weapons. The steps will scroll from left to right. Players should maintain their health bars when targeting multiple enemies. The final boss is Bearsy, a man with a bear mask. In addition to his beefy appearance, he wields a chainsaw.

The Camhedz arcade machine also has a reward system. This ranges from 65 headshots to the use of a pistol only. GTA Online players will unlock a special trophy and some jerseys. These can be found in the Arcade office.

References to the Manhunt series

Manhunt was a controversial series produced by Rockstar Games. The players had to crush various gangs with brutal methods. The series gained notoriety for its macabre depictions of violence.

Naturally, he has the Rockstar Seal of Approval themselves. Manhunt continues to make appearances in their modern games. For example, the title Camhedz refers to a suppressed gang. The arcade game even hints at several of Manhunt’s characters, such as the White Rabbit.

Note: This article reflects the personal views of the author.

Edited by Sijo Samuel Paul
Log in to reply

Crab Game on Steam is based on Squid Game, although the developer won’t say so