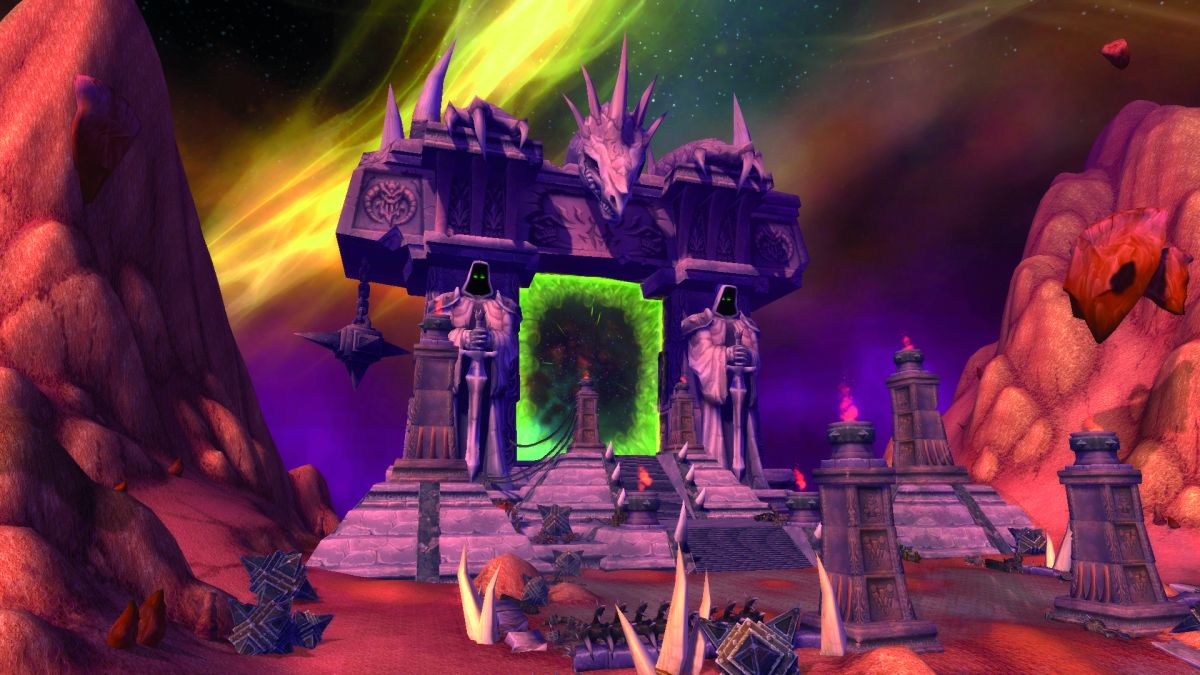 Great PC Gaming Moments are bite-sized celebrations of some of our favorite gaming memories.

World of Warcraft: The Burning Crusade

Before I even understood how computers work, I was playing World of Warcraft. The Burning Crusade, the game‘s first expansion, had just launched, and I was on my way to Hellfire Peninsula as a clueless little tauren warrior. I wanted to see what was new and had waited an excruciatingly long time to get to level 58 to enter the new area.

The Dark Portal, your doorway to the unknown, was planted in The Blasted Lands, an area that was still a bit scary as a high level character. You had to sneak past demons with large axes to reach the stone steps that led to the portal. The gigantic, swirling gateway with the cloaked figures holding it up stared at you as you approached, like at any moment they might decide you’re not worthy to enter their realm.

When I stepped through the Dark Portal, the bright expanse of Outland poured out before me. The bright purple sky was bleeding into the orange mountains of Hellfire Peninsula. For someone with little exposure to the cosmic side of Warcraft then, the sight was magnetic. That moment when fantasy collided with sci-fi was probably when that specific blend of visual themes first entered my brain, where it has been ever since, more recently reignited by parts of Elden Ring.

Hellfire Peninsula looks hot, as if it is about to burst into flames. Along with having lots of environmental detail, it was also covered in cracks that erupted in fire every few seconds. With each burst, my graphics card blew and my frame rate dropped to single digits. But being young and totally clueless about PC games, I thought my game turning into a PowerPoint presentation was normal, and that only added to the effect.

It was worth it. Outland probably changed my life, solidifying my specific tastes in fantasy fiction and how I want my massive worlds to be constructed. It also gave me an appreciation of how much work my PC had to do to make it all work. I updated my graphics cards soon after, which further increased my love for the warped planet.

But that first step is everything. This is the moment when all the assumptions I had about the game were thrown out, and somehow World of Warcraft got bigger, wider, and weirder. Games don’t often do this, and when they do, you spend the rest of your life waiting for it to happen again.