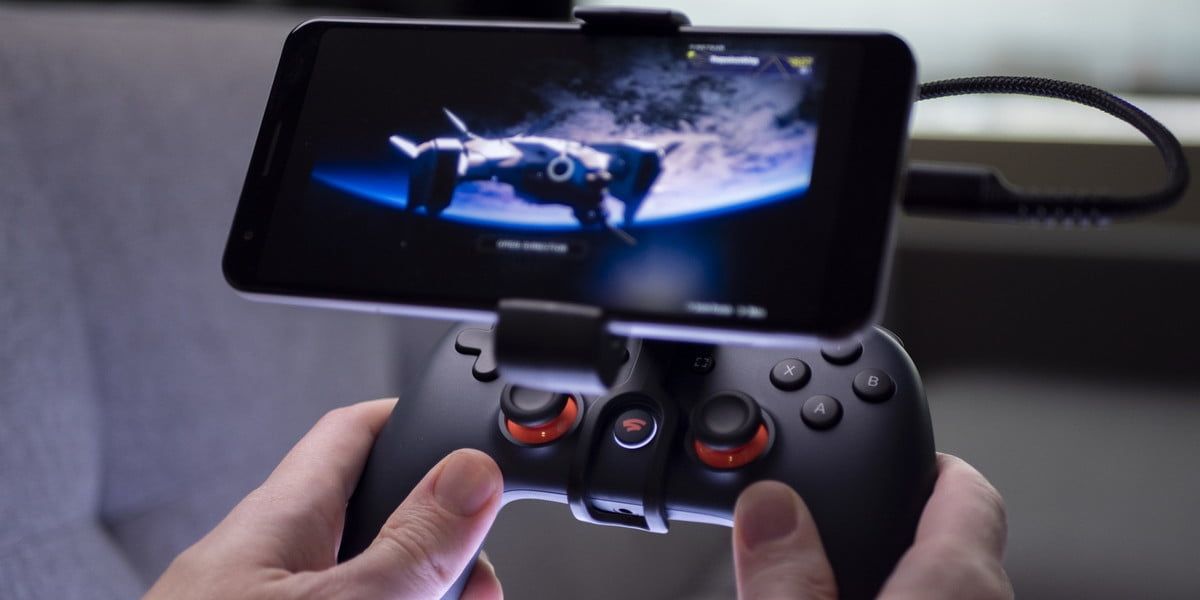 Although cloud streaming is often hailed as the future of gaming, Google’s recent announcement that it will shut down its cloud gaming service, Google Stadia, signals a number of issues that will prevent gaming in the cloud to really take over from traditional console and PC. setups.

Google Stadia allows users to play major video game titles via streaming on devices that otherwise wouldn’t have the hardware capabilities to do so, such as regular smartphones, tablets or laptops. A number of other similar cloud gaming services exist, such as Amazon Luna and GeForce Now, operating on subscription models. While this idea sounds promising, Google Stadia failed to take off with gamers, leading to its shutdown announcement. Any of these forays are unlikely to be any more successful than Google’s attempt, as each service has the same issues that make it unattractive to gamers.

A huge problem with cloud gaming has to do with latency – or lag, as it’s more commonly known – which refers to the response delays experienced during gameplay. existing latency only increases, as players require a lot more server resources. This is extremely unattractive not only for competitive gamers, but also for anyone who wants a smooth experience, especially in fast-paced online games like shooters. Some argue that as technology advances these lag issues will be less significant, but this line of thinking is one that only proves the digital divide. Not everyone who plays video games has access to reliable high-speed internet connections, and even where the infrastructure for these services is available, there are issues with data caps limiting the Internet use.

Also, while cloud gaming seems more affordable, as gamers don’t have to buy a dedicated gaming machine and can play on whatever technology they already have, the reality is that gamers will have to shell out quite a bit. money to pay for these premium services. In addition to the subscription fees for the cloud gaming services themselves, users face higher internet bills.

Additionally, as cloud gaming services become more popular, it is possible that, as TV shows and movies become exclusive to a particular streaming service, game selection will be limited by agreements between various services and game studios. While console-specific games are nothing new, it goes one step further as gamers may need to subscribe to various cloud gaming services to play a particular game. It could also lead to wider regional locking, which could encourage gamers to buy services like VPNs to access games that aren’t available to them. At this point, it begs the question of how much cheaper cloud gaming really is.

The future of cloud gaming services is uncertain

Another huge limitation of cloud gaming services is that there is no guarantee as to how long these services will last. Google Stadia only launched in 2019, but will shut down completely in January 2023, giving it a lifespan of less than four years. The uncertain life expectancy of these services not only threatens gamers who like to replay old games, but also poses a huge risk to any gamer who invests time in their games. Those who play games that allow for a highly personalized experience will want to stay away from these services, as it’s unclear if it’s possible to save their data if these services ever shut down. PokemonThe infamous Shiny Hunters, gamers who painstakingly design their perfect in-game worlds, and anyone who plays farming simulators are just a few examples of gamers who could be devastated by situations like this.

Although technology has come a long way in the history of gaming, the issues at the heart of cloud gaming will likely prevent the average gamer from subscribing to one of these services. Of course, gaming rigs don’t come cheap and neither do dedicated gaming consoles. However, building a PC allows for price flexibility. There has also been an increase in more affordable versions of consoles, such as the Switch Lite and Xbox One S.

For gamers with dedicated machines, there’s nothing stopping them from visiting old save files, even decades later. Google Stadia’s shutdown proves how uncertain that possibility is for people trying their luck on cloud gaming. Ultimately, while promising, cloud gaming can never truly replace traditional gaming machines.