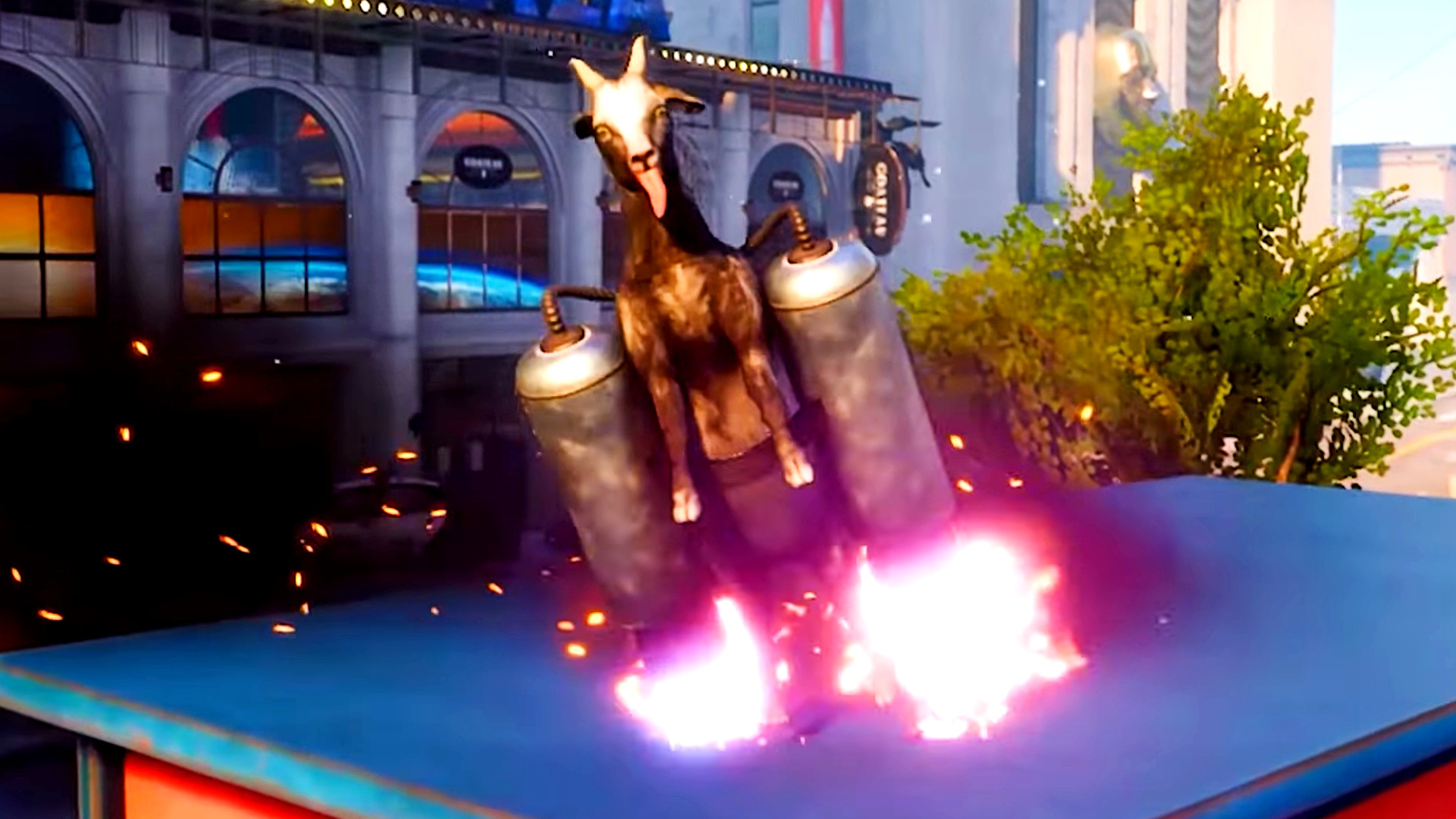 Goat Simulator 3 is looking to bring a lot more animal-focused mayhem to your gaming PC in November, but Goat Simulator 3 developer Sebastian Eriksson says the team “didn’t really think” about the gaming market. sequel to the comedy game and just do something they find funny. If you didn’t see the announcement for Goat Simulator 3, don’t panic, you didn’t miss Goat Simulator 2 – they decided to skip that middle entry and go straight to number three.

“A lot of work trying to figure out, okay – what’s buggy, like a fun buggy?” Speaking to PCGamesN at Gamescom, Coffee Stain North CEO Sebastian Eriksson explains the team’s approach to development, like deciding where the line is drawn to differentiate “fun bugs” from frustrating ones. He continues, “We want to have a really big sandbox game, we want to have four players simultaneously, we want all the physics to be relevant to the game.”

Asked about the viral success of the first Goat Simulator and learning that there is a market for games of this nature, Eriksson says the team didn’t really take that into account when building this new entry. About the first game, he notes that “after a while it really started to get difficult to hold it together, basically, because the foundation was built in just a few months. There were a lot of things we wanted to put in there, but we couldn’t really – the engine was getting old, it wasn’t supported by newer systems, and so on.

A fresh start therefore gave the team plenty of opportunities to integrate their new ideas. “With the minigames, for example,” says Eriksson, “it comes from us playing the original co-op and starting to say, okay, so I’ve got this game [we could play] – we should do it, not by having the rules laid down by the game, but by ourselves. We already knew it was great fun. You want to integrate that into the game, so everyone was really excited about that.

To hear Eriksson tell it, Goat Simulator 3 is a game very well designed to entertain the team, making it first and foremost – anyone else who enjoys it is a bonus. “We built it more, I would say, for ourselves. It was more like catering for us, and that’s still what we did with Goat Sim. If there is a market for it, then of course! I hope people enjoy and have as much fun as we do. But we didn’t really think about, “Okay, so how do the demographics [for the game’s audience] see?’ We don’t even really know.

You can watch the Goat Simulator 3 gameplay trailer below:

Goat Simulator 3 is available for pre-release on the Epic Games store, ahead of its currently scheduled November 17 release date. Looking ahead to your goat adventures, be sure to take a look at the Goat Simulator 3 system requirements to ensure your rig can handle the mayhem. In the meantime, be sure to check out the best simulation games on PC for more realistic recreations of other popular activities.