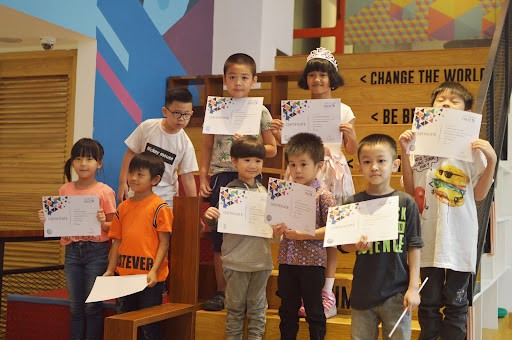 Indonesia is one of the fastest growing countries in the world in terms of digitalization. However, the country still lacks the programmers and digital talents needed to solve economic and digital development problems. The World Bank has predicted that Indonesia will experience a shortage of 9 million digital talents by 2030.

ICT and programming-related studies are still not widely available to the younger generation of Indonesians, while the need for programmers and IT-related positions is increasing every year. Many young people do not choose coding and programming as a profession due to its perceived difficulty. The problem was recognized by Koding Next, a technology school for children. To promote coding to a wider audience, the educational institution held a national coding contest.

The NCC (National Coding Competition), organized by Koding Next, is open and completely free for all 8-15 year olds, no matter where and when they learned coding. Most importantly, the company offers free coding lessons to all registered participants before the contest begins. Since no coding experience is required to enter the contest, anyone can dare to try coding and win!

Contest winners will be announced in Koding Next Metaverse. (Courtesy of Koding Next/.)

“Each year we notice a growing interest in teaching coding, but we recognize that access to this type of course is limited and available primarily to the part of society that can afford courses like ours. We want to make a wider audience aware of the need and importance of tech education, so we decided to create a contest with a big prize and access to free coding lessons for any child who wants to participate. We’ll send the winner to an educational camp in the United States, and a few finalists will receive laptops and other cutting-edge equipment,” says Mateusz Rybinski, COO and co-founder of Koding Next.

This year, the theme of the National Coding Contest is ecology. This is a very important subject for the founders of the school, and they would like to show how technology can improve various aspects of life.

The Ministry of Education, Culture, Research and Technology and several public and private schools in Indonesia have confirmed their willingness to support the promotion of this contest.

The competition has 2 categories: beginners and more advanced youth programs. Beginners in the first phase must complete the challenge “Sort the waste”. They are supposed to create an arcade game in which a player sorts and distributes trash into the correct category with a coding game using MIT Scratch.

The challenge that the advanced group will take on is “Polluted City”. In this category, candidates create an Obby Game where the player deals with the issue of pollution. The coding game uses the Roblox Studio app. Over the past 2 months, kids and teens between the ages of 8 and 15 have entered the competition and received free coding lessons from Koding Next as part of the preparation. All participants joined the Discord group where they were able to communicate with each other and get to know other like-minded young innovators.

The top 10 entrants from each category will be invited to the Grand Final at Koding Next HQ, located in Kemayoran, North Jakarta. The final will take place on May 28 and will be held in a Hackathon setting, where students will code in a live setup and prepare their projects. At the end, the projects will be pitched in front of the jury, made up of tech professionals and representatives of the ministries. The event will be broadcast live.

Koding Next was established in 2016 and over the years has become the largest children’s technology school in Indonesia. Its program offers classes for children from 4 to 17 years old. They cooperate with a large number of national and international schools across Indonesia. They continue to expand within the country as well as internationally. This year they opened their first overseas locations in Malaysia and Europe. Through cooperation with textbook publisher Marshall Cavendish, their curriculum is available to schools in 18 countries in Europe, Africa and Asia.