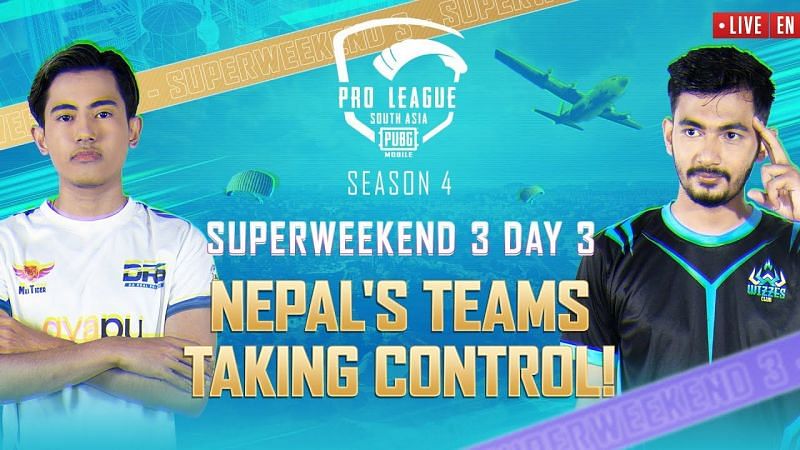 The three-week PUBG Mobile Pro League (PMPL) Stages: South Asia Season 4 wrapped up on Sunday with DRS Gaming emerging at the head of the table. The DRS had an excellent recovery in the past week to dethrone Trained to Kill from first place. After dominating the League stages from day one, Trained to Kill collapsed in second place.

Wizzes With Vibes played well today to take third place, while Vibes Esports had a tough day and finished fourth. It wasn’t a stellar event for Zeus Esports and they finished eighth.

R3D Esports won the first game of the day with 15 kills. Wizzes With Vibes had a great session and won games two and four. While Zeus won the third match with 14 kills, the last match was won by RAW with eight kills.

The top sixteen teams from the league phase have advanced to the finals, which are scheduled for October 15-17.

The top 16 teams that qualify for the PUBG Mobile Grand Final: Pro League South Asia are:

Teams eliminated from the tournament

The last four teams eliminated from the competition are:

1) Legends of the Venom

The five best kill leaders of the tournament

The PMPL final will be a fierce battle where the PMGC 2021 trophy and slot are expected to be on the line. In total, the top six teams will also advance to the MENA and South Asia championships.

Additionally, DRS Gaming dethroned Zeus Esports as the top team in the PMGC 2021 rankings. At the current rankings, Zeus has 1041 points, while DRS has 1125. Train to Kill is just behind with 1038 points.