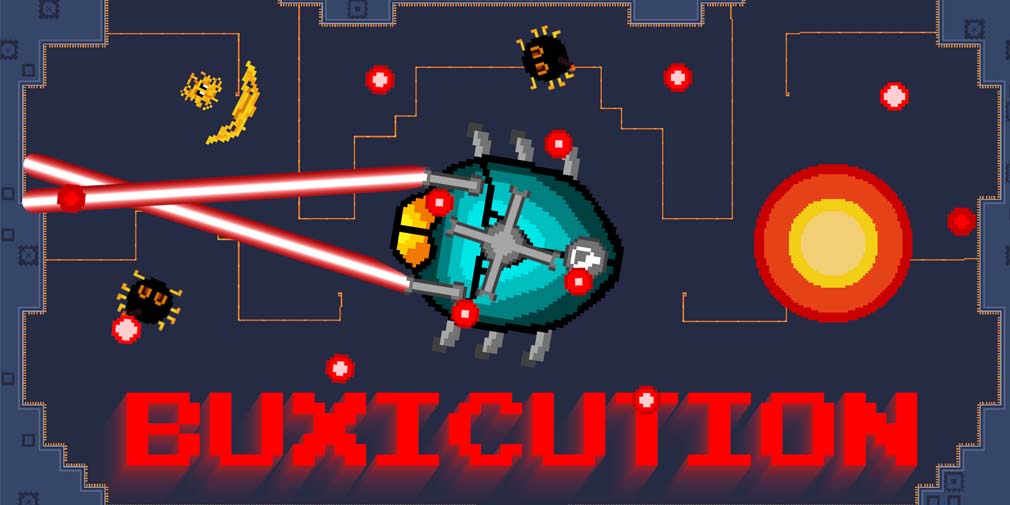 Buxicution lets you get rid of bugs in a retro hellish shooter, now available on Google Play

BERO Games has announced the official release of Buxicution, a hellish, fast-paced mobile game. Now available on Google Play, the pixel art title features a top-down orientation above the circuit boards where players take the form of a ball of energy in a quest to clear the bugs.

In Buxicution, players embark on a noble mission to become the ultimate BUXICUTOR. Energy can be used for offense or defense – players can either use shields to protect themselves from incoming fire, or shoot enemies to clear their way.

Energy is, of course, consumable, so players must strategize for the best and most efficient use of their resources to get through each level. The point is, energy also acts as the player’s HP, so running out of it means it’s Game Over.

There are five levels with many challenges with different types of enemies. Bomb Spiders are pesky shades that appear continuously as long as there are other threats, while Sniper Bugs lock on and target the player with a nasty laser beam. Turrets, on the other hand, constantly fire bullets to obstruct a player’s movement around the circuit board.

There’s also a big boss fight, and you’ll need to play the game to see if you’re up to the challenge. You can take a look at the embedded trailer above to get a feel for the gameplay. If you are eager to try the game, Buxicution is available for download on the Google play store for Android devices as a free game with ads.

Are you looking for more retro arcade titles on your mobile device that will test your skills? Why not take a look at our list of the 15 best arcade games for Android phones and tablets?

The affirmative action housing program that no one discusses