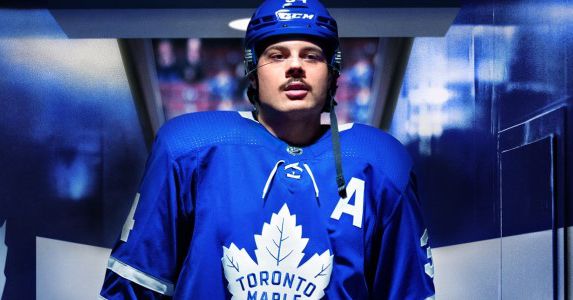 Right off the bat, you’ll notice (at least if you’ve played NHL 21) that the box menus are gone. I don’t know what they thought of those, but whatever. EA moved the NHL franchise to the frostbite engine this year. When they did that with their NFL game a few years ago, it didn’t go so well …

Fortunately, they fixed most of the bugs. Although it would be pretty funny to see a bunch of hockey players being pushed into a net or something stupid like that. Visually, it is one of the best in the world of sports. I appreciated the integration of the game statistics on the ice and even in the penalty area.

The commentary is still tied with last year’s title. James Cybulski and Ray Ferraro return to the stand. Carrlyn Bathe is the third person to complete the team. I only noticed her touting the superstar X-Factor gamers. Which is kind of a disappointment.

Franchise mode: A mode that still offers everything under the sun as much as the franchise mode can offer. I mean you need to fix the Enterprise Center bathrooms! (I’m not kidding. This lets you know if the bathrooms are in bad shape.)

The Seattle Kraken makes its debut in this opus. Tired of seeing the same 32 teams? You can create your own team and become the 33rd NHL franchise. Do you want to move the Coyotes to Quebec? You can do that too! Be careful though. If you don’t meet the owner’s requirements, you can actually get canned by your favorite franchise. You can be as active as you want. Don’t worry Doug I didn’t cover Tarasenko’s situation either.

Be a Pro mode: Always wanted to play in the NHL but can’t skate? Or stick handle? Or something to do with playing hockey ?! This mode gives you the possibility to do so. You start out as a prospect and progress to the NHL. You will have interviews with coaches and journalists who will shape who you are as a teammate and towards your brand. As you play, you will get feedback from coaches. The game ranks you from match to match, so don’t take too many penalties in the offensive zone over there Perron.

Ultimate Hockey Team: Otherwise known as HUT, the mode lets you build a team from the cards you earn. You can either play online against teams created by other players or face the processor. If you don’t want to play against other players (like me), there is a mode in HUT called Team Battles. You still play against teams created by other players, but they are computer controlled. Depending on the difficulty with which you play, you earn points. These points are built for rewards. It includes ranking and everything. It’s a really neat mode in the mode and I had the most fun trying to build a team to beat.

Chel’s world: I’ll be honest. I haven’t even opened this mode yet because I’m having too much fun in Franchise and HUT. This is basically a pro-only online mode. At least that’s what it seemed like last year. I’ve seen people play on Twitch and things like that and it looks like a good time.

NHL Threes: If real hockey isn’t your thing, this mode is for you. Arcade style hockey with big hits and crazy mascot antics. Yes, you can play as pets in this mode. This is good for breaking away from the five out of five style of the other fashions. Penalties are rare, if not nonexistent. When they occur, a penalty shot is awarded. You can earn different players and mascots by earning stars. Playing on a higher difficulty earns you more points. It also earns you better players. A fun mode for the more laid back fans. I only wish they would go back to the original way it was put together. You would play against minor league clubs and then you would play against the NHL team. Now you play against NHL clubs and it’s not as much fun.

Overall, there are enough tweaks in the game that it’s not just a $ 60 roster update. It’ll be interesting to see what happens when roster sharing hits the game in December (?) Play as the 95 Blues in franchise mode? May be. It is an exciting thought. I recommend this title to anyone who is a fan of video games / hockey. If you’re still on the fence about it, the game goes on sale every now and then. But for real, check it out.

Exclusive: OnePlus Nord 2 x PAC-MAN Edition arrives, and we have the price