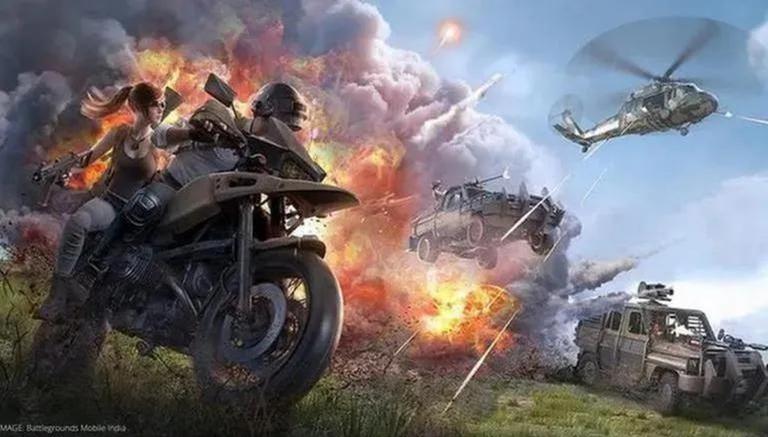 The popular battle royale game Battlegrounds Mobile India has launched the new Royale Pass Month 10. The new Royale Pass, like the previous ones, will offer many rewards to players including weapon skins, emotes and other stuff. Royale Pass M10 was released in-game on April 21, 2022, and players can unlock rewards over the next four weeks.

For those unaware, Battlegrounds Mobile India Royale Pass offers two different types of rewards. One type of reward is available to all players without needing to spend more. As players spend more time in the game, they can complete RP missions which earn points. Collectively, these points allow players to increase their Royale Pass rank, during which players can unlock multiple rewards.

On the other hand, players can also purchase the Elite Royale Pass for 360 UC. Once players get this pass, they can unlock exclusive rewards as they progress through the game. Then there is another level of the battle pass called Elite Plus Royale Pass which costs 960 UC in the game. That said, BGMI is offering the Casual Stroll Set and Pink Shelter Set to owners of the free Royale Pass and paid Royale Pass respectively.

Additionally, the new Royale Pass also contains access to exclusive weapon skins like Pink Shelter Skorpion, Graffiti Wall AKM, and Blue Tint M1644. As mentioned earlier, players will receive a new mission in Battlegrounds Mobile India which will reward them with items and RP points. It is important to mention that those who buy the Battlegrounds Mobile Royale Pass from the eighth and ninth months also get the EX license card with the Royale Pass Month 10.

The latest BGMI patch fixes the issue where the speed is intermittently faster from Nimbus Island. Players have reported that speed can be used to gain an unfair advantage over others and as a result the game fixed it in the latest patch. Next, Krafton fixed the issue where sensitive code from other players will not be applied. Although the setting allows players to share their sensitivity codes for scopes, cameras, and ADS, it has been reported to not work properly.