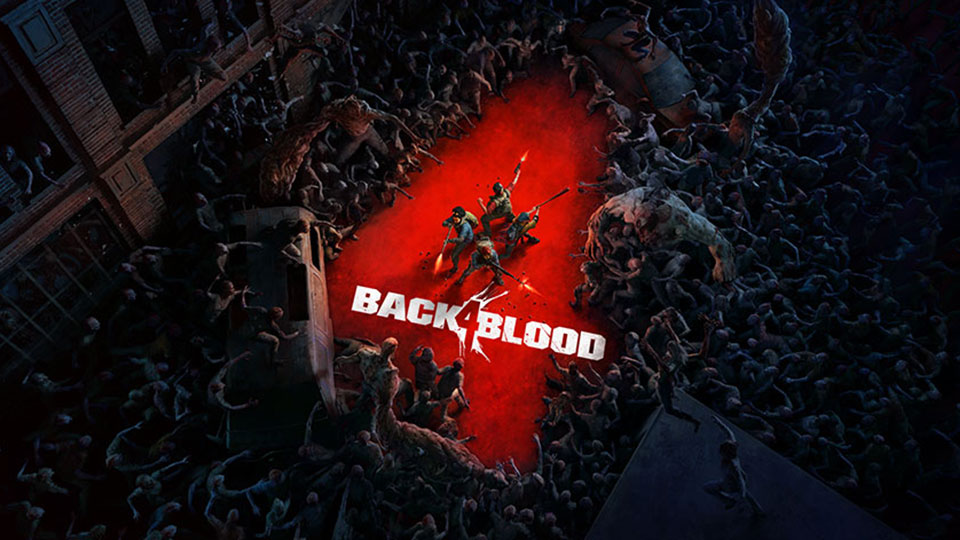 Warner Bros. Teams up with the creators of Turtle Rock Studios in the Left 4 Dead franchise to bring you the cooperative first-person zombie shooter Back 4 Blood. Available on the Xbox Game Pass as a game title anywhere, allowing you to play it on PC or Xbox without purchasing it twice. Xbox Game Pass Ultimate subscribers get access to Cloud Gaming (Beta) which also lets you play it on mobile devices. PlayStation 4 and 5 users won’t be left behind thanks to its cross-play and cross-generation compatibility. So basically you can play at the airport on your phone with 3 other friends on PC, PlayStation or Xbox. The big brain moves here, that’s how games should be made. You can grab Back 4 Blood on Xbox Series X | S, Xbox One, PlayStation 5, PlayStation 4, and PC for $ 59.99.

I really want to touch on a bit of what cross-play and cross-generation features mean for users and developers. I’m one of those people who has friends on every platform imaginable. Unfortunately, once I have it on a platform, that’s it for me. I think most people feel that way. I even hesitate to buy DLC after the first part if some friends are excluded. Some people will buy it for multiple platforms, it’s a real dedication or they just have money to spend. I think in the end the developers will make more money by allowing all of these cross functionalities. People will be more inclined to buy it just because they can play with friends on any platform. Also, since we had so much fun playing with the whole team, we need to get this DLC. Well done to those who have thought about implementing these features, hope it becomes a success. 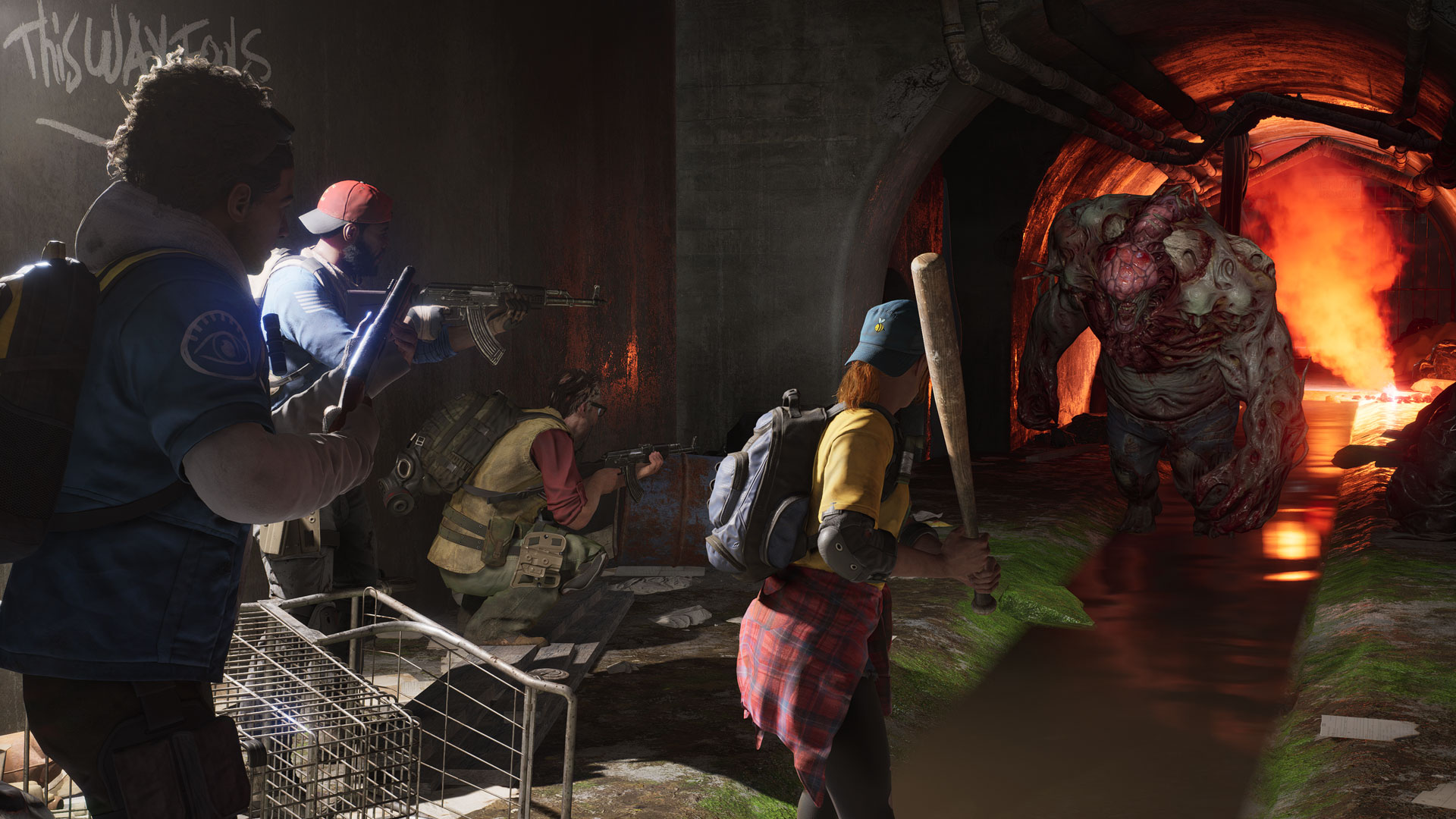 Back 4 Blood takes place after a massive Devil Worm outbreak. Nicknamed the Ridden, they have invaded the planet, leaving most of humanity dead. A small group of individuals called the Cleaners joined forces to save the earth. If you’re reading this, you’ve probably seen all of the cutscenes in FIRE before release. These FIRE cutscenes continue into the game as you progress through the storyline. Although they make you angry, the substance of the story itself is lackluster. Without spoiling anything for those who haven’t played it yet, I was a little disappointed with the content of the story. The cutscenes seemed to be more about introducing a new monster or character rather than delving deep into the origins of the Devil’s Worm Plague. 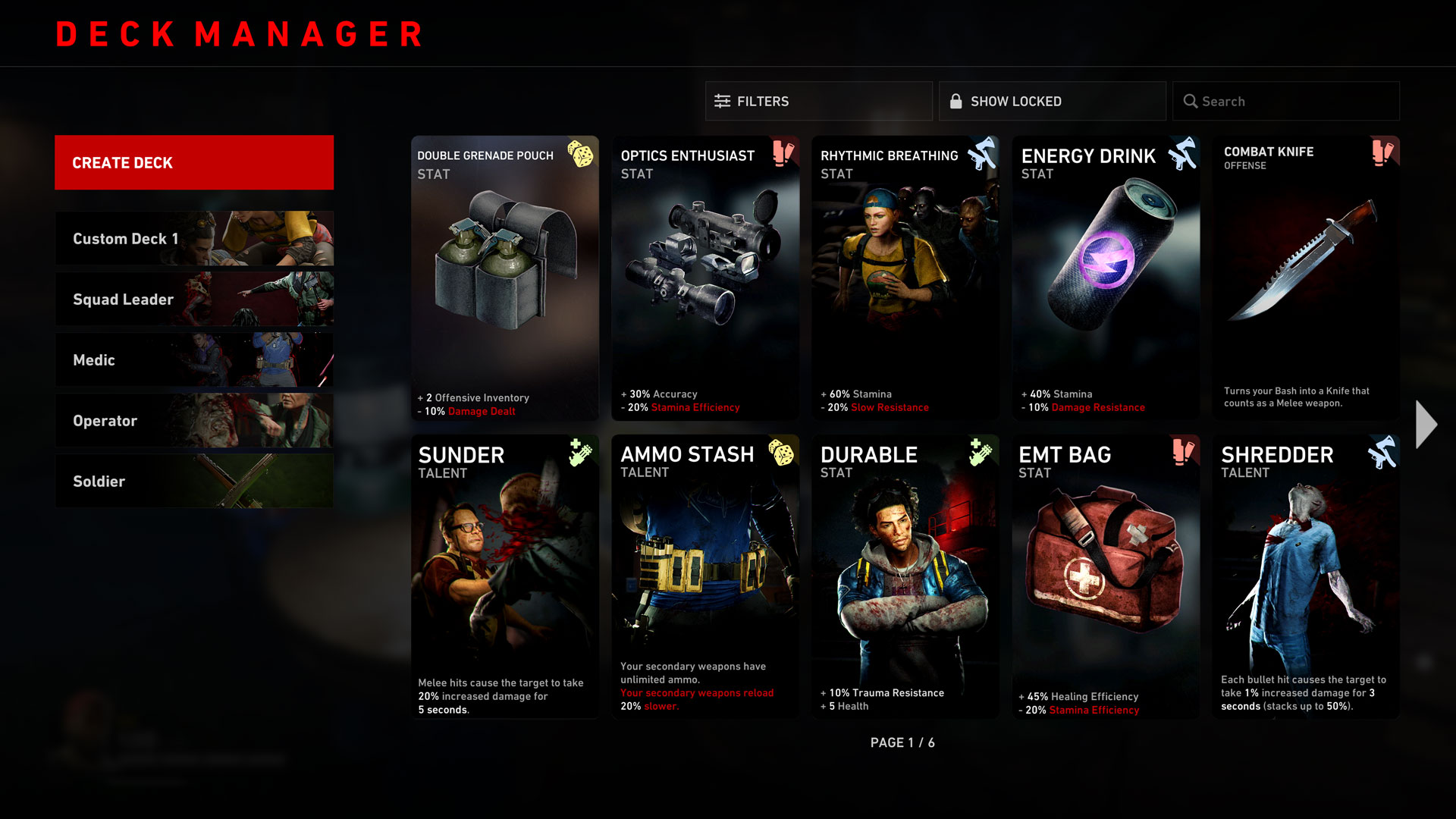 Cooperation makes the world go round in Back 4 Blood, it is the lifeline of its replayability. Games like these tend to get repetitive and boring no matter how many versions or mechanical variations they have. 4 player squads make it all possible. Another factor is the card system. Completed stages award supply points that allow you to unlock maps and cosmetics. You can create custom decks to suit any style of play. My favorite is the self-healing Holly Neegan build berserker melee. Oh yeah, that’s a thing, folks. While the decks add a massive amount of playstyle variation, unfortunately they are not editable until major checkpoints. I would really like to see them adjustable before each step or in a safe house. It’s a solid system that will make you want to browse the game multiple times. Its weapon system is pretty basic with a number of weapons you can test out in the shooting range before playing them live. You have 4 attachment locations to upgrade, but you cannot edit attachments! Major bullet drop here. 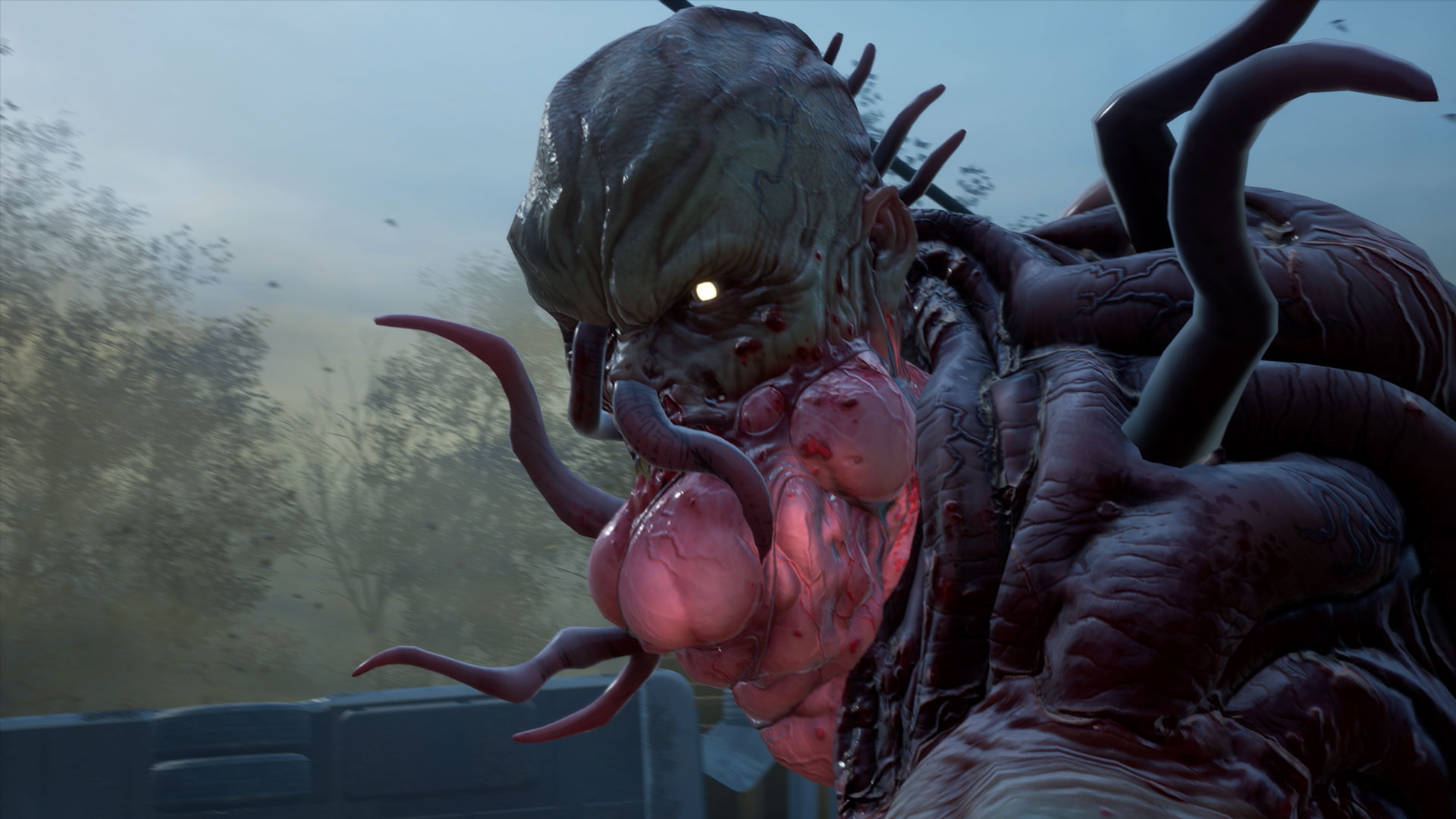 This game gets mega hard mode. 3 difficulty levels include Rookie, Veteran, and Nightmare, all with their own affixes. 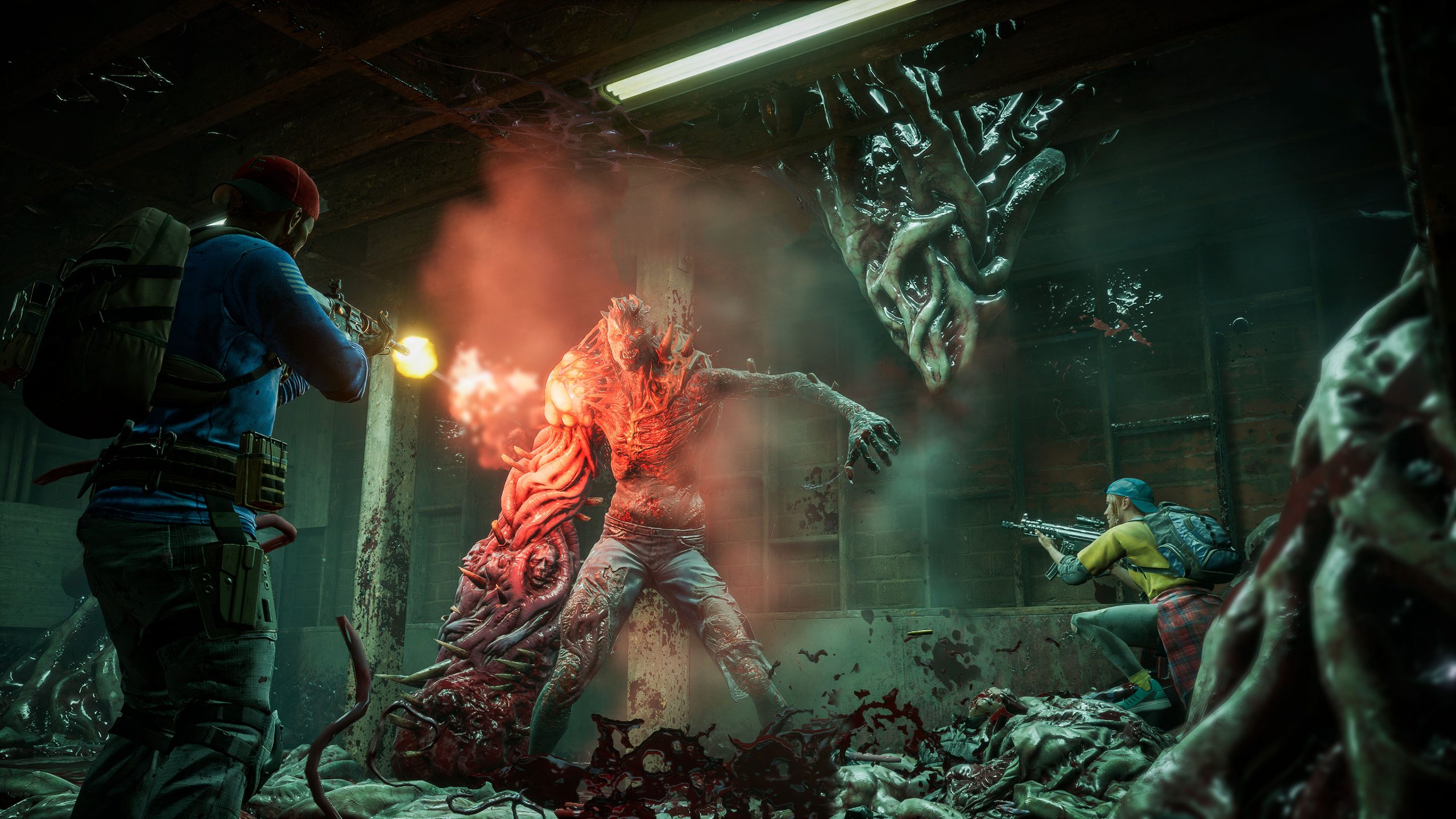 Even on veterans, things will quickly get out of hand. It’s like a snowball, once you start making little mistakes it’s all downhill from there. In Nightmare, unless you’re all Tier 1 Legends of Shroud, you’ll need 100% comms to survive. Having a good objective is great, but team coordination with builds, weapons, items, and group buffs will be the only way to survive. Back 4 Blood includes an in-game voice communication system that works across multiple platforms. 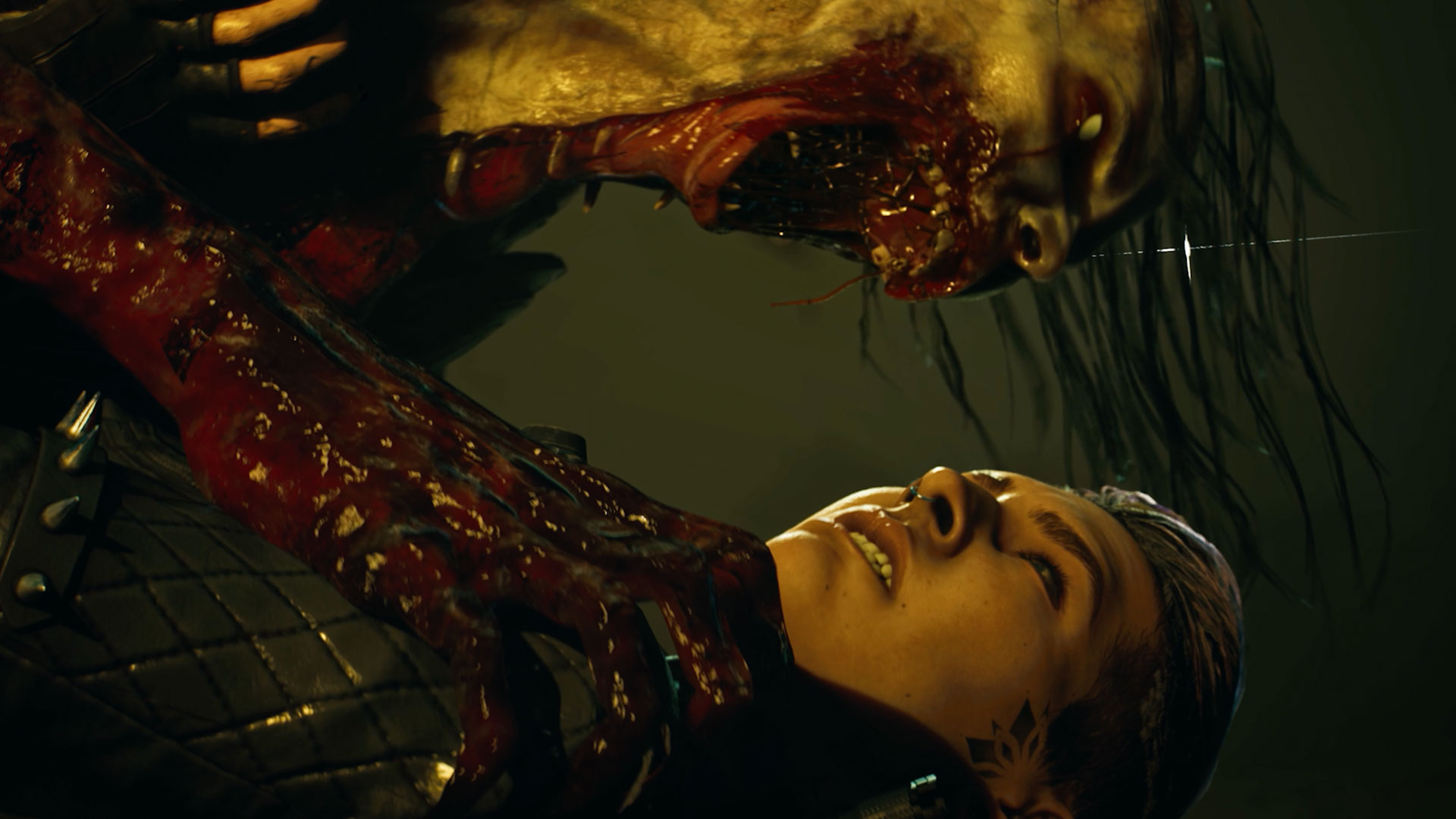 Finally, you have the Swarm mode, a PVP battleground where you can play as the Ridden. Each team of 3 takes turns as Cleaners and Ridden. The team that survives the longest wins, an enveloping gas circle ensures you can’t kite the whole match. You can create custom swarm decks that can be used while on the cleaner side. You will also be able to configure your equipment during the preparation phase between each round. As Ridden, you can select different mutations of each Tallboy, Stinger, and Reeker vanity monster. Upgrade your horde and mutations as you progress with mutation points. This mode quickly becomes repetitive, I take the Swarm mode in small doses. I think most would agree that the cooperative PVE campaign is the place to be.

Back 4 Blood is an absolute ball! Worth every penny. Gather the pals and kill zombies ASAP!

30 years later, the story of one of the best RPGs on Mega Drive • Eurogamer.net