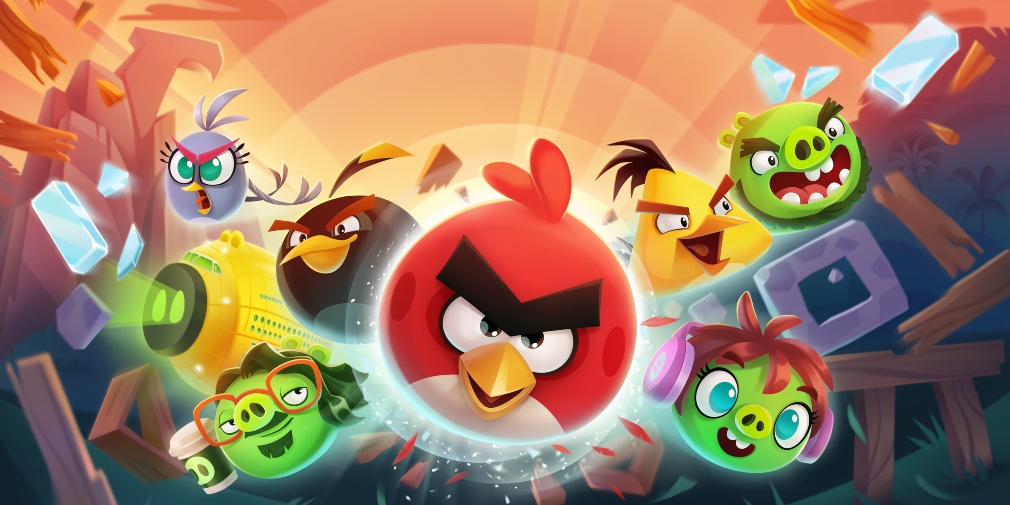 Angry Birds Reloaded arrived on Apple Arcade last week, bringing a revamped version of the popular game to subscribers of the service. It promises the classic slingshot action we all know and love in beautifully presented packaging, alongside new characters to throw at poorly constructed structures.

We recently had the chance to chat about the game with Ben Mattes and Sami Ronkainen. We discussed where the idea for the game came from, the process for designing new characters, and more!

Could you introduce yourself and your role in Angry Birds Reloaded for our readers, please?

My name is Ben Mattes. I’ve been with Rovio for a little over a year now and wear several hats, but one of them is that I help lead the Angry Birds branding strategy for the company. This includes things like “what kinds of AB games should we make?” “How can we engage more meaningfully with our fans?” “,” What can we do to develop the tradition and the world of Angry Birds? “, Etc.

And my name is Sami Ronkainen, and I’m the Creative Director of Angry Birds Reloaded!

How did the idea to create Angry Birds Reloaded come about?

BM: Rovio has a fantastic relationship with Apple – we’ve always had it – so Apple Arcade has been something we’ve been seriously considering for some time. There has been a constant demand from many of our fans to find ways to bring back some of our oldest and most beloved titles (example: the original Angry Birds). Apple Arcade has provided us with a perfect way to take the core gameplay, birds, environments and levels familiar from Angry Birds, but reimagine it in a whole new way, hopefully delighting fans, old and new. new.

Why did you decide that Apple Arcade was the best platform for this experience?

BM: We have regular discussions with Apple. They are as aware of the nostalgic hunger for the original Angry Birds as anyone. Apple Arcade creates a great way for developers to deliver a “premium” experience to gamers without the rush of in-app purchases or ads while creating a business case that makes sense for developers. I would say it’s a win-win and both parties have come together with a desire to do something on the platform.

There is often a debate among gamers regarding the distinction between remasters and remakes. How would you describe Angry Birds Reloaded, if either?

Seriously, I don’t know if I’ve spent too much time thinking about the nuances of the difference. What matters is that it is familiar and yet fresh. Beloved and yet daring. Whether it’s a Hollywood movie remade for modern tastes and audiences, a classic recipe reimagined with a specific cultural twist, or a famous game revisited with a new style, new polish and new mechanic. – the value is the same. People who liked the “original” should like the “new”. People who never had the chance to see the original can now join the discussion – they “got it”.

Everything cannot or must not be redone. But when it works, it really works!

Angry Birds Reloaded introduces a new game mode involving The Eagles. Can you tell us a bit more about what this entails and what players can expect?

SR: On the main screen of the game, you can see the dirty scientist, Garry, who is absolutely unimpressed with anything. If you collect enough stars in the levels, you’ll persuade Garry to take you to Eagle Island. On Eagle Island, you’ll discover new locations and play as new characters from The Angry Birds Movie 2. You’ll see birds and pigs join forces as playable characters to battle the eagles – guarding their evil leader, Zeta.

This game introduces new characters to the slingshot. Can you walk us through the process of designing a new bird – or pig – and how you make sure they feel distinct from each other?

SR: The new characters are the heroes from the Angry Birds 2 movie. They already have very distinct personalities and looks, so it was about finding those key moments in the movie that define them. For example, Courtney the Pig’s superpower is that you shoot the eagle disguise first, Harvey from the slingshot, and Courtney pops out of her butt. Anyone who has seen the movie will remember this scene and understand where it came from.

As for the new looks, I think the longest discussions we’ve had has been about the design of Silver. It has already existed in a game, with a certain look. However, since the locations and story of Angry Birds Reloaded are tied to the movies, we decided to go for a cinematic design on the character of Silver.

For each character’s superpowers, we were looking for something that would be useful but not overpowered. For some characters, such as Leonard and Silver, the superpowers were based on abilities from our other games which we decided to keep.

At the end of June, you announced that several Angry Birds games removed from the list would be returning in one form or another. Can you tell us a little more about this?

BM: To be clear – Reloaded isn’t what we meant when we said some originals would be back in some form or another. With this we have a different goal. 100% nostalgia. Full fan service. The lowest possible friction and the largest possible audience.

We’re not yet ready to announce how we’re going to do it – we’re looking at all options – but we’re committed to doing it and keeping the community up to date with the process and progress.

Angry Birds Reloaded is available now on Apple Arcade, a subscription service that costs $ 4.99 per month. For more information on the other games in its extensive library, check out our dedicated hub page.