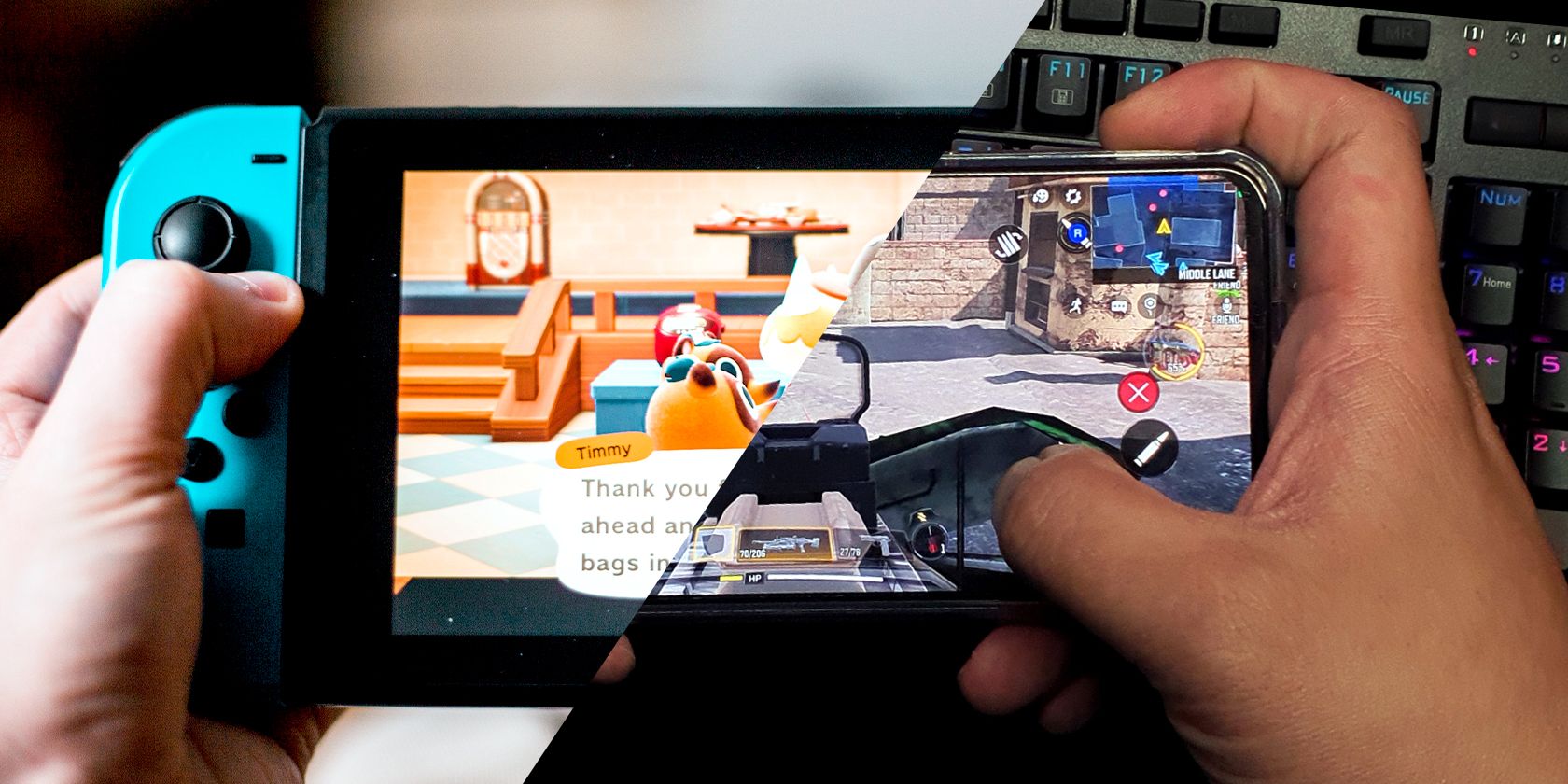 6 questions you should ask before buying

If you are a hardcore gamer and want to play games on the go, your first thought would be to get a portable console like the Steam Deck or the Nintendo Switch.

However, smartphones are increasingly becoming viable options in mobile gaming. There are plenty of great titles on iOS and Android, as well as plenty of accessories that will give you a console experience. You can also get a dedicated gaming phone if you like that.

If you’re lost deciding between the two, here are six questions you should consider before buying.

1. Do you play platform specific games?

You’ll have to go with console if you’re looking for specific titles. For example, the Nintendo Switch offers several exclusive games and franchises like Kirby, Animal Crossing, Pokémon, etc. If you have an extensive Steam library, then the Steam Deck will allow you to take your PC games with you on the road. It also has other unique capabilities, such as seamless synchronization between your computer and handheld console.

However, Android and iOS smartphones also have a huge library of games. You may also find that smartphone games are more suited to portable games, allowing you to easily sync your progress across devices and have shorter games that last between 10 and 30 minutes, which is ideal if you are outside and just waiting for someone.

Additionally, many game developers are porting their PC titles as smartphones gain in performance. You can now find popular PC and console titles like Call of Duty, Apex Legends, and Diablo in the Apple App Store and Google Play Store.

2. How long can you play on a single charge?

Battery life is a mixed bag among consoles and smartphones. For example, the Nintendo Switch lasts between four and a half and nine hours of gameplay. On the other hand, tests show that the Steam Deck only gets two to eight hours of gameplay.

Smartphones also vary widely in battery life. When you compare the iPhone 12 Pro Max and the iPhone 13 Pro Max, you will find that the latter offers up to 22 hours of video playback. But if you start playing high-end games with it, you’ll probably get less than half that.

However, one obvious advantage that most smartphones have over game consoles is fast charging. The Steam Deck does not support the various fast charging standards, while the Nintendo Switch only supports up to 30 watts. And while smartphone charging speeds vary, the most popular devices typically charge at 45 watts or more, allowing you to recharge faster.

3. Do you prefer to travel light?

The smartphone will beat the game console hands down in terms of portability. This is because they are designed to be put in a pocket, whereas most handhelds need to be in a bag for storage and transport. Handheld game consoles are also useful only for games. While you can browse the internet and watch movies on them, especially for the Steam Deck, they aren’t very good at these tasks.

Also, you usually bring your smartphone, as it is your all-purpose device. Apart from games, you use the smartphone for transportation, navigation, photography and videography, communication and much more. So if you’re on the go and unexpectedly have free time, you can easily pull out your smartphone and start playing.

4. Are you ok with playing with virtual (on-screen) controls?

Of course, the smartphone can’t beat the controller of a portable console. Despite the flexibility offered by touchscreens, physical buttons and joysticks are still better for hardcore gaming. This is because you can use tactile response (i.e. feel the controls) to move through your game. Plus, the extra buttons on the shoulder and back of the handhelds give you more control. control.

But if you’re playing on your smartphone, you’re usually stuck with on-screen controls. Not only will your fingers block on-screen elements, but you’re also limited to pressing two buttons simultaneously. Some gaming smartphones have additional shoulder buttons and other features that enhance the experience, but these models are rare.

You can get a smartphone controller, like the Razer Kishi V2, to help you play better, but it’s an extra accessory you’ll need to lug around with you.

5. How much can you afford?

If you already have a decent smartphone and are choosing between upgrading to a flagship model or getting a handheld game console, you’ll find that the latter is much more affordable than phones.

As of this writing, the Nintendo Switch retails for $299, while you can get a base Steam Deck model for $399. You can also get the 256GB and 512GB Steam Deck models for $529 and $649. However, one problem that haunts game consoles, especially the Steam Deck, is its lack of availability.

Smartphones are easily available in the market, but you will have to pay a lot more to get the best gaming performance. The iPhone 13 Pro Max and Galaxy S22 Ultra both have a launch price well over $1,000. You can also opt for dedicated gaming phones, like the Black Shark 5 Pro, Redmagic 7S Pro, and ROG Phone 6 Pro, but their prices still range between $699 and $1,100.

6. Do you want a gaming device that you always carry with you?

If you’re buying a portable gaming device for specific titles, you should stick to the console that carries it, like the Nintendo Switch or Steam Deck. But the smartphone is the obvious choice if you want something complete and always with you.

And to enhance your smartphone gaming experience, you should opt for a flagship device and a third-party controller. Or you can choose a gaming smartphone – these devices are usually designed for long gaming sessions. Due to their advanced cooling systems, you can have extended gaming sessions on them without suffering from thermal throttling.

But if you have a two-year-old smartphone that still works well and you’re thinking of upgrading to a flagship device just for gaming, you might want to consider getting a portable game console instead. After all, many smartphone brands today offer extended support for software updates, so you can use them for longer.

If you’re in a perfect world, you can afford to get all the handheld game consoles and smartphones you want. But alas, this is not the case for most people. Both options have pros and cons, and you need to weigh which is more important to you.

If you want a great gaming experience and don’t need flagship specs for your smartphone, then why not get a mid-range Android phone and a Nintendo Switch or Steam Deck? But if you’re always on the go and don’t have the time and energy to carry around a separate device, then a flagship smartphone or gaming-focused phone would be your best bet.