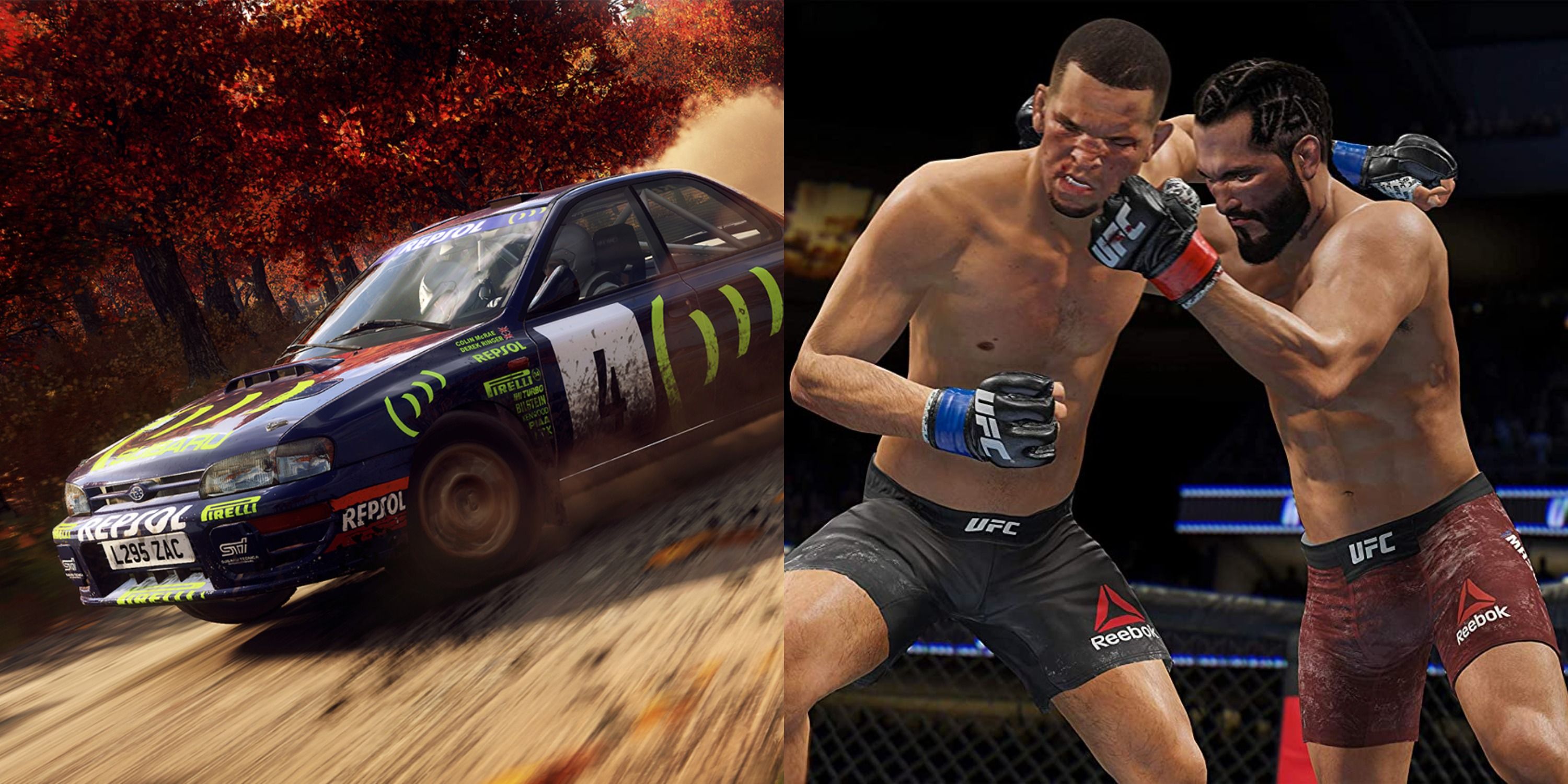 From no-compromise simulators to lighthearted arcade-style games, there’s so much to enjoy in the sports game genre, no matter the level of investment or dedication. With a full roster of hundreds of games, Xbox Game Pass now offers games in all sorts of different sports and at all difficulty levels.

Sports games can tend to be inaccessible to new players, but with so many great titles, there’s guaranteed to be something to enjoy for any gamer using Game Pass or looking to sign up.

While there’s surprisingly little basketball content on Game Pass, with this latest title from EA’s rival to the NBA 2K franchise being the only basketball game offered at the time of writing, NBA LIVE 19 is a game that will impress most sports fans. For serious basketball fans, it might be a bit outdated, but the wealth of content on offer certainly makes up for that.

Although the NBA 2k dominates the ranking of the best basketball games, this game has its advantages. The game gives a high degree of agency to the player, allowing them to create their own character and build their own team to reach the top of the game. Its gameplay keeps an authentic feel and the graphics thankfully don’t look too dated at all, making it an enjoyable and complete basketball simulator.

The latest game in the MMA fighting series of 2020 is also the best addition yet, with the new graphics pairing well with an intense and surprisingly sophisticated fighting system to create a completely entertaining experience. UFC 4 doesn’t have the biggest roster of fighters, which may be a downside for some MMA fans, but there aren’t many games that can beat it for sheer fun.

The career mode brings the series closer to other sports franchises, but the game also shines with the introduction of new online modes, which allow players to prove their fighting prowess against the world.

This simple mountain bike game is decidedly more of an arcade-style sports gaming experience than a simulator and it uses that to its advantage. With precise and intuitive controls, the player is able to explore a variety of idyllic landscapes and enjoy the thrill of cycling. The game can also be difficult, depending on the preferences of the player.

RELATED: 10 Best Games Added To Xbox Game Pass In 2021, According To Metacritic

Instead of trying to copy other sports games, Descent from the lonely mountains focuses on depicting the best aspects of mountain biking in real life, including the freedom to explore and enjoy the environment that comes with it. By playing to its strengths, Lonely Mountains: Descent is one of the best sports games despite the relative obscurity of the sport.

The sequel to the throwing disc game that became an unlikely arcade hit in 1994 is a ridiculously sleek arcade-like game well worth checking out for anyone who owns Xbox Game Pass, even those who don’t. had no interest in sports games. With a bunch of colorful new characters, hand-drawn graphics, and addictive gameplay, there’s plenty of good reason to check it out. Windbreaker 2 outside.

The game is a bit light on content compared to other games, but the simplicity of the tennis-like top-down gameplay means it’s easy to waste hours just throwing discs between AI opponents. The game was released in January this year, so it’s still a great time to give it a try.

Released on Xbox Game Pass at launch, dodgeball academy stands out in the world of sports games by including many RPG elements to create a fun and unique experience. Sure, dodgeball academy is not for those looking for a dodgeball simulation game, with extremely simple gameplay, but it is a lot of fun.

The story isn’t particularly deep either, mostly providing a fun backdrop to the energetic gameplay and funky soundtrack. There’s enough strategy needed to beat tougher matchups to keep the player invested as the game continues, and that’s what helps make the game such an addictive and joyful experience.

In the sports games genre, there are tons of racing simulation games that test players’ skills and reaction times in the fastest cars in real motorsport. DiRT Rally 2.0 takes this to the next level with uncompromising gameplay and a focus on realistic physics that will satisfy even the most hardcore rally fans.

DiRT Rally 2.0 is one of the best non-Mario Kart racing games and features a surprisingly wide variety of rally tracks to race on with over 50 cars spanning the history of rally motorsport. For gamers looking for an intense and realistic racing game on Game Pass, it doesn’t get any better than this title.

For sports fans who are more interested in the tactics and hidden elements that contribute to competitive success, this comprehensive football management title may be the ideal game. Although the Fifa The series remains one of the best sports franchises and will continue to dominate in popularity when it comes to football games, soccer manager offers something very different to players on the Game Pass.

For fans of micro-management games, the thrill of balancing all the different mechanics needed to bring a club to success in the world of football is a big draw, while football fans will appreciate that this game is relatively up-to-date. , as this is the last edition of the series.

Although baseball may seem like one of the most inaccessible sports for people who aren’t already fans, and this game certainly has a learning curve, MLB The Show 21 is nevertheless a game in which almost anyone can participate. The game is largely a faithful baseball simulation, but has three different modes with varying levels of intensity, including a more casual mode with presets for beginners.

The game is comprehensive enough to impress even the most serious fan, with a huge amount of content on offer, including new game modes to try out. Although we rarely talk about it so much, MLB The Show became a sports franchise to compete Fifa and crazy for scale and level of polish.

It may already be obsolete with the release of F1 2021 last year, but F1 2020 remains an amazing motorsport simulator and is the best motorsport game to get on Xbox Game Pass. The game is very realistic in terms of the feel of driving the cars and depicting the daily workings of Formula 1 teams, even allowing the player to test new car components and do specialized training.

The game also features a return for split-screen multiplayer, giving players a fun way to compete against friends, and features casual racing options including the ability to drive classic Formula 1 cars as well as the modern editions. .

Golf with your friends

While golf may not be the sport most associated with loud fun, it’s exactly what Golf with your friends aims to offer a multiplayer game that allows up to 12 players to compete on fun and often absurd golf courses. Although other golf games are more suitable for golf enthusiasts, Golf with your friends aims to appeal to all players with 13 challenging levels to enjoy.

While the game is best played with others, it’s still fun to have fun with it the rest of the time, with a level editor as well as custom levels to explore. As the title suggests though, the main draw of the game is having a good time with friends, and when that’s the case, no title on Xbox Game Pass can match it for sheer fun.

NEXT: The 10 Best Horror Games To Try On Xbox Game Pass

Genshin Impact: Everything We Know About Kamisato Ayato